Rohit has backed me and stood by me a lot of times, says KL Rahul

Bengaluru, June 14:  India batsman K.L. Rahul heaped praise on white-ball vice-captain Rohit Sharma and stated he has always been there for him as a senior figure in the side. 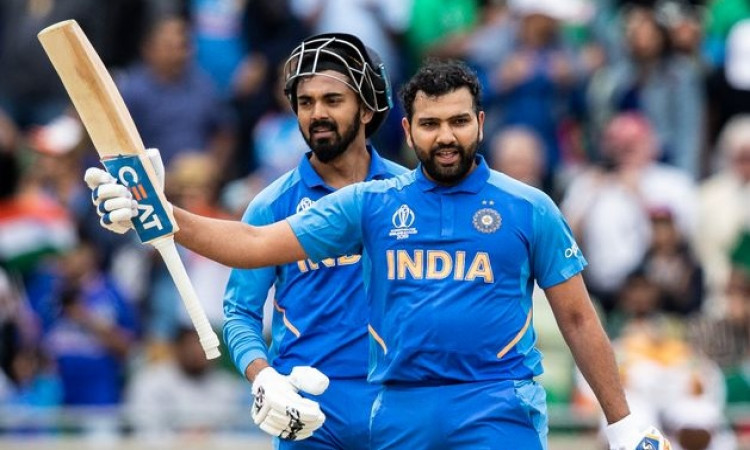 Rahul has donned multiple hats for Team India. He previously stated that opening is his strength but due to constant competition with Rohit and Shikhar Dhawan in ODIs, he seems to have reinvigorated himself as a finisher, who is also an able stumper.

In T20Is, however, Rahul seems to have cemented his position at the top of the order and when Rohit recently acknowledged the same, he was lost for words.

"Humbled by Rohit's words (that Rahul is the first choice and then it's decided between me and Dhawan in T20Is)," Rahul was quoted as saying by India Today

"I have been a huge fan of his batting and I have played with him for a few years now but he is someone who is in the team, how do I say, like some cricketers get dumbstruck after watching Sachin Tendulkar, they don't know what to say.

"When I am with Rohit off the field I have still not been able to get through."

Rahul also spoke about how Rohit helped him gain confidence despite being in and out of the side. In recent times, Rahul has become an automatic starter in white-ball formats but lost his place from the Test team.

"But he is someone in the team who has given me that sense that he has a lot of faith in me and as a senior player I have seen that he has backed me and stood by me on a lot of instances," Rahul stated.

"When senior players feel like there is a guy who can take responsibility and can be amongst one of the senior players that gives a young player or a player who has not played consistently for the country a lot of confidence."

Rahul also spoke about the infamous chat show controversy, that at the time, had threatened to derail the careers of two of India's most promising cricketers -- Rahul and Hardik Pandya.

The two were reprimanded by the BCCI for the unsavory remarks made on show and were called back home mid-way from the team's tour of Australia.

"A lot of credit for my consistent performance goes to how differently I started thinking after 2019," Rahul said.

"With this suspension and with all that happened I was tempted or I was in a way wanted to be selfish and play for myself and I failed when I started focusing on myself and individual scores.

"So I told myself I need to go out and do what the team wants me to do," he added.