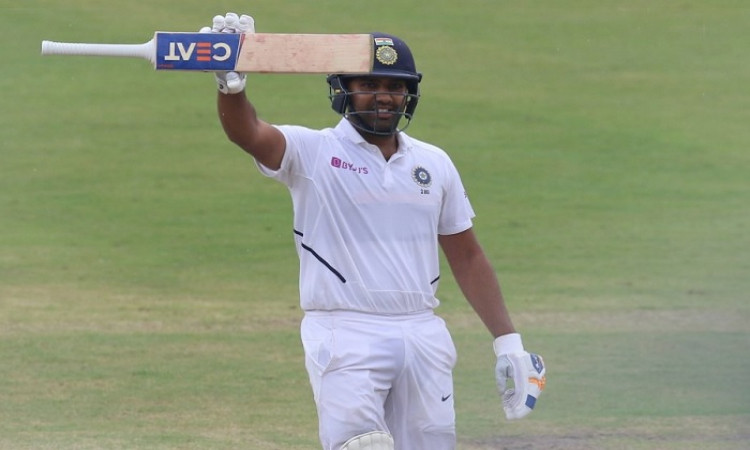 Ranchi, Oct 20:  India opener Rohit Sharma on Sunday became only the fourth batsman to hit a double hundred in Test and ODI cricket. With this double century, Rohit joined an elite list which has Sachin Tendulkar, Virender Sehwag and Chris Gayle.

Rohit has scored three double hundreds in the 50-over format.

Also Read: Ajinkya Rahane part of 200 partnerships without a run out

Rohit got to his double hundred by hooking Lungi Ngidi for a six after lunch. He has thus become the 1st batsman to score a 200-plus score in Tests after scoring double hundreds in ODI cricket.

He is also only the 5th Indian opener after Vinoo Mankad, Budhi Kunderan, Sunil Gavaskar and Virender Sehwag to score 500 runs in a Test series.

India had declared their innings at 479/9 in the rain-hit contest while the visitors were 9/2 when stumps were drawn on Sunday.