India Legends will take on West Indies Legends in the sixth match of Road Safety World Series on Wednesday (14th September) in Kanpur. 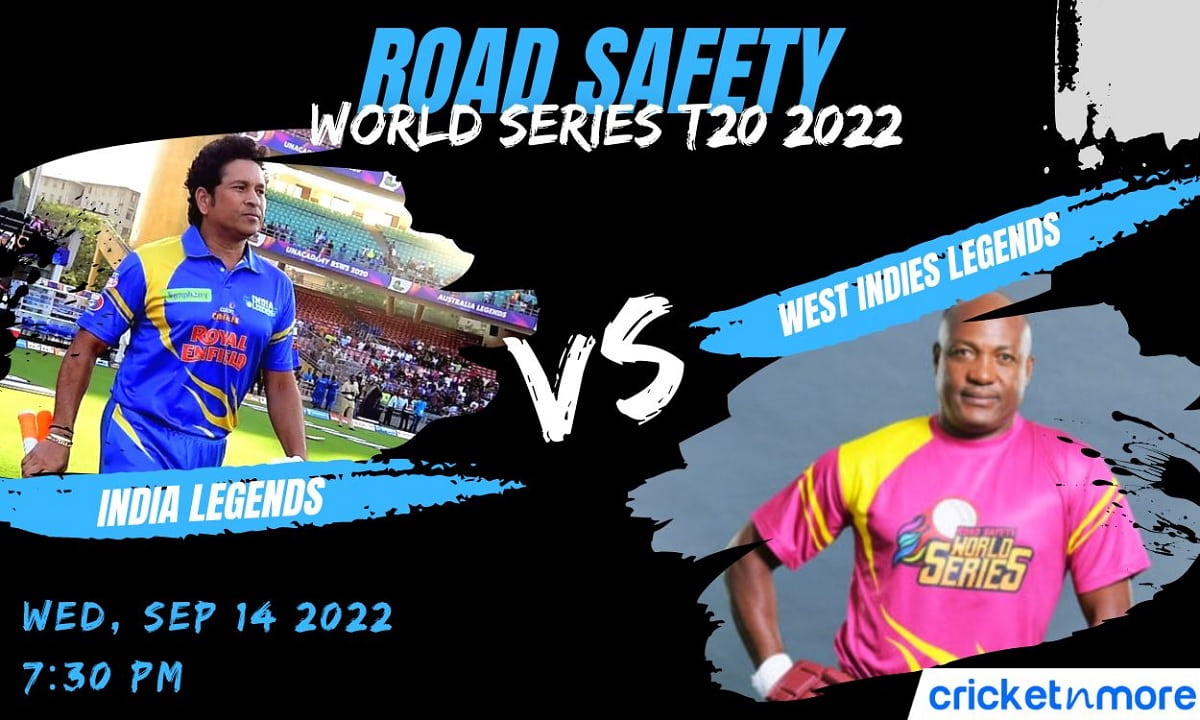 India Legends will take on West Indies Legends in the sixth match of Road Safety World Series on Wednesday (14th September) in Kanpur.

India Legends and West Indies Legend will lock horns against each other in the sixth match of Road Safety World Series on September 14, Wednesday.

Both the teams won their opening encounters, India Legends played first match of the tournament, where they attained a convincing victory over South African Legends by 61 runs.

India Legends then bowled well and stopped SA Legends to 156/9 which resulted the home team an easy win. Rahul Sharma (3/17) was the leading wicket taker for India. Munaf Patel and Pragyan Ojha scalped two wickets each and one-one wicket went in the account of Irfan and Yuvraj.

On the other hand, West Indies also won their first match against Bangladesh with ease. Team led by Brian Lara, bowled out opponents for 98. Krishmar Santokie (3/7 in 2.4 overs) was the leading wicket clincher, Benn & Dave scalped two-two wickets each.

The encounter between India and West Indies will be a match to watch out for, where India will open as the favourites to win the game.

Both the teams have faced each other once in Road Safety series where India took an upper edge over Indies.

Both teams will go with the same combination as played in the first of their encounters.