Pakistan opener Mohammad Rizwan and England middle-order batsman Liam Livingstone have made huge progress in the ICC Men's T20I Player Rankings after finishing as the leading run-scorers for their teams in the three-match series won 2-1 by England. 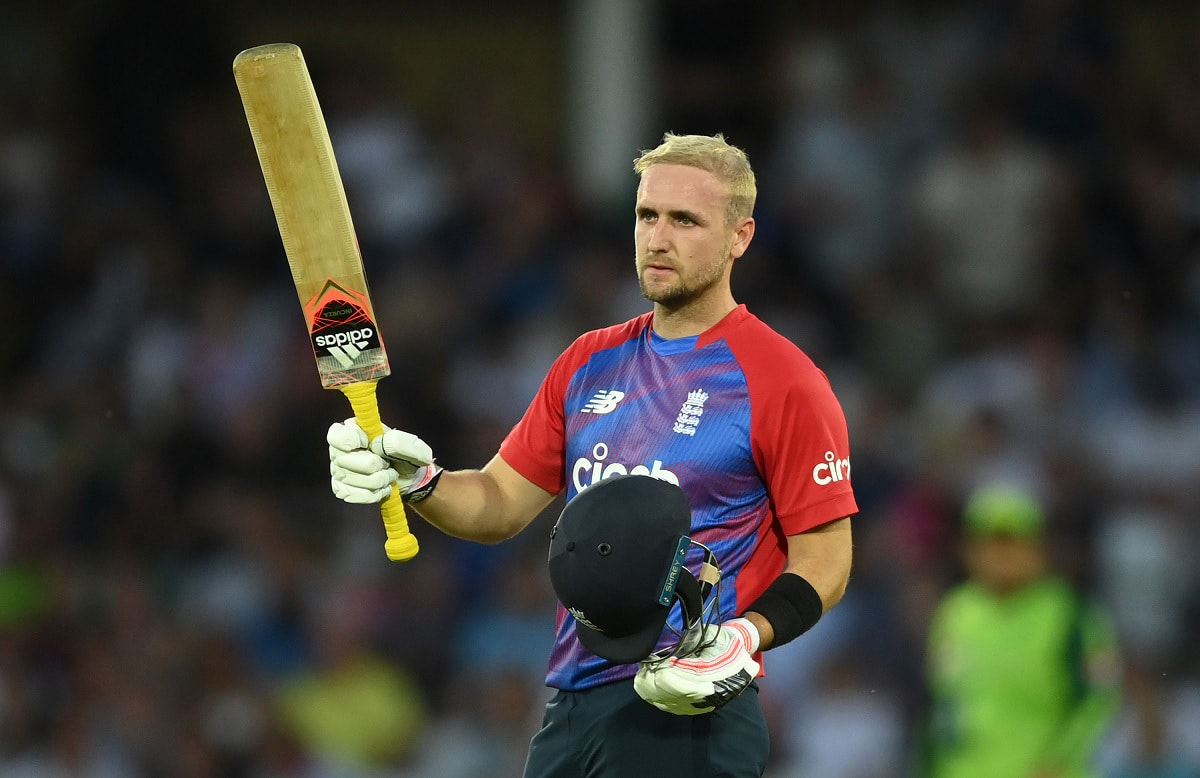 Wicketkeeper-batsman Rizwan has attained a career-best seventh position after aggregating 176 runs in the series including an unbeaten 76 in the final match in Manchester, performances that helped him gain four places. The 29-year-old had reached the top 10 for the first time in his career after a 'Player of the Series' effort against Zimbabwe in April this year and has reaped benefits of his continued good effort.

Livingstone has galloped 144 places to reach the 27th position after playing just eight T20Is since his debut against South Africa four years ago. The 27-year-old's aggregate of 147 runs against Pakistan included his maiden international century, a valiant 43-ball 103 in the first match.

The latest update to the men's rankings carried out on Wednesdays and which this week includes performances in the last two T20I matches between the West Indies and Australia as well as the first one between Ireland and South Africa, sees West Indies opener Evin Lewis move up from 10th to eighth after scores of 31 and 79.

Among other batters to advance are Aiden Markram of South Africa (up four places to 15th), Jason Roy of England (up seven places to 17th), Mitchell Marsh of Australia (up 46 places to 37th), Harry Tector of Ireland (up 11 places to 83rd) and the West Indies pair of Lendl Simmons (up 13 places to 51st) and Nicholas Pooran (up 16 places to 63rd).

In the rankings for bowlers, Pakistan's left-arm fast bowler Shaheen Afridi has gained four places to reach 13th position after finishing with four wickets, including a Player of the Match effort of three for 30 in the first T20I in Nottingham.

Leg-spinner Shadab Khan and fast bowler Mohammad Hasnain, both of whom finished with four wickets in the series, have also progressed in the latest update. Shadab has gained six slots to reach 36th place while Hasnain is up from 67th to 41st.

Others to gain are West Indies bowlers Sheldon Cottrell (up six places to 16th) and Hayden Walsh (up 37 places to 34th) while the England pair of David Willey (a gain of three places) and Tom Curran (a gain of 18 places) are in joint-49th position.

In the ICC Men's ODI Player Rankings, which takes into account the three-match series between Zimbabwe and Bangladesh, the third Ireland versus South Africa match and the first two ODIs between Sri Lanka and India, South Africa's Quinton de Kock is up one place to 10th position.

India captain Shikhar Dhawan's unbeaten 86 in the first match has helped him gain two slots to reach 16th position while Bangladesh opener Tamim Iqbal's century has lifted him one place to 23rd.

Others to move up the list are Australia's Alex Carey (up one place to 27th), Bangladesh all-rounder Shakib Al Hasan (up three places to 28th), Sri Lanka's Avishka Fernando (up six places to 68th) and South Africa's Janneman Malan (up 24 places to 71st).

Shakib has also moved up in the bowlers' list, his eight wickets including a five-wicket haul in the first match against Zimbabwe, lifting him nine places to eighth position.

India's Yuzvendra Chahal (up four places to 20th), Sri Lanka's Wanindu Hasaranga (up 22 places to 36th), South Africa's Tabraiz Shamsi (up eight places to 39th), Ireland's Simi Singh (up six places to 51st) and Zimbabwe's Blessing Muzarabani (up 23 places to 70th) are among the others to make headway.