Rishabh Pant Is A Perfect Replacement For Dhoni: Sanjay Bangar

Former India batting coach Sanjay Bangar believes Rishabh Pant is a perfect replacement for MS Dhoni in the national side as the left-handed wicketkeeper-batsman provides Team India with a much-needed balance in the middle order, which is full of right-handers. 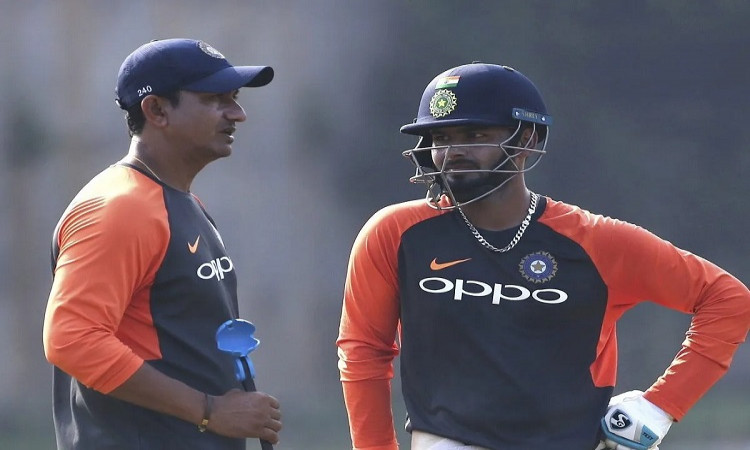 Pant has been in good form in the ongoing Indian Premier League, scoring 171 runs in the five matches he has played for the Delhi Capitals.

"In terms of wicket-keeping, I think it would be Rishabh Pant. I think the way he started this year's IPL and I think it is very important to have a left-hander as an option because for Team India when it comes to the middle-order as it helps to balance out the right-handers," said Bangar while speaking on Star Sports show Cricket Connected.

Meanwhile, former India pacer Ashish Nehra also supported Bangar's point of view on Pant and said: "I am in total agreement with Sanjay Bangar. I think they should go ahead with Rishabh Pant. Pant should be backed. Every player needs to be backed when it comes to international cricket."

Dhoni retired from international cricket in August after representing India in 350 ODIs, 90 Tests, and 98 T20Is while affecting a staggering 829 dismissals behind the stumps across formats.

Pant, who has so far played 13 Tests, 16 ODIs, and 28 T20Is, was touted as Dhoni's successor but he hasn't been able to put up consistent performances when playing for the national side. He was replaced behind the stumps, in limited-overs formats, in New Zealand by KL Rahul when the Men in Blue last played international cricket.