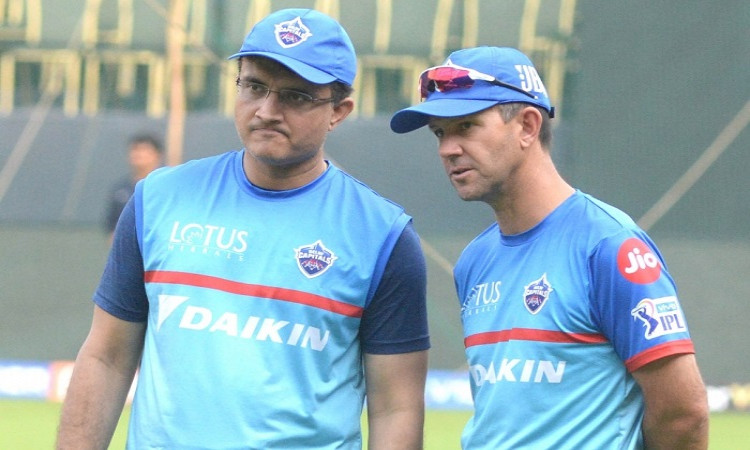 New Delhi, April 19 (CRICKETNMORE): A loss against Mumbai Indians at the Feroze Shah Kotla has once again put the spotlight on Delhi Capitals' inability to adapt to conditions at home and the team management is aware of the same and looking to work on it before their game against Kings XI Punjab on Saturday. For now, Delhi's record stands at a dismal one win after four home games in the 12th edition of the Indian Premier League.

What makes matters scarier is the fact that even though they are looking good to qualify for the play-offs this time after a couple of torrid seasons, Delhi play three of their last five games at home. And that has prompted the team management to go into over-drive mode and get into a huddle and decide on how to counter the slow Kotla wicket.

Speaking to IANS, a senior DC official said that both head coach Ricky Ponting and advisor Sourav Ganguly had a meeting with the rest of the team management to discuss the future course of action as the boys must find a way to overcome the Kotla hurdle.

"The pitch is just too slow for the liking of our batsmen. If you look at our top-order, we have some of the most free flowing batsmen and for them to play their strokes is an issue on a slow wicket like the Kotla. The team management did have a meeting after the game on Thursday and we have another one today evening to discuss the way to counter the Kotla square," the official said.

Commenting on the decision to play Keemo Paul over Sandeep Lamichhane, the official said that Ponting felt that the team should look to keep the winning momentum going and not make too many changes.

"The head coach felt that sticking with the winning combination would be a good thing. Yes, they could have played a spinner in place of the medium-pacer, but then, calls are made at times with an eye on not tinkering with a winning outfit. But yes, the matter will definitely be kept in mind when the team for the next game is discussed," the official said.