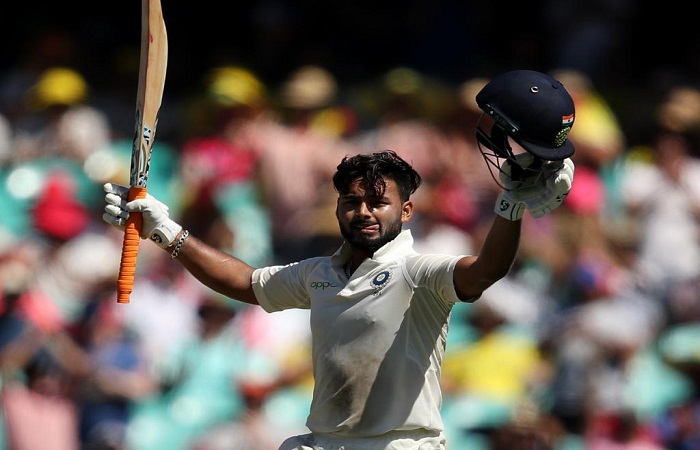 Dubai, Jan 22 (CRICKETNMORE): Promising India Test stumper Rishabh Pant's brief but impressive career in red ball cricket has earned him a lot of accolades with former Australia captain Ricky Ponting comparing the Delhi keeper with none other than the legendary Adam Gilchrist.

Pant, who on Tuesday won the ICC Men's Emerging Player Award, is one of the only three Indian cricketers to be named in the ICC Test team of the Year, led by Virat Kohli. Pacer Jasprit Bumrah is the third Indian to feature in the famed XI.

"He is a real talent and an incredibly good ball striker. He has got a really good game sense as well. He is someone who could play a lot of Test cricket for India across formats. He has got to do a bit of work on his keeping and he will also become a better batsman," Ponting was quoted as saying by the ICC website.

"We talk about MS Dhoni all the time and his impact on Indian cricket. He played a lot of Tests for India but made only six Test hundreds.

"This kid will make a lot more Test hundreds than that. We talk about him in the commentary box and he is sort of like another Adam Glichrist," he added.

Gilchrist also hailed Pant saying the Indian wicketkeeper is one player he would "happily pay to watch".

"He's a cricketer that is at the start of his journey so he'll learn these particular parts of the game and he'll learn that there's always more time than what you think, but he's got a great foundation to be a successful Test cricketer."

"He's a cricketer that I would happily pay to watch," he said.

Pant recently equalled England's Jack Russell and South Africa's AB de Villiers to effect 11 dismissals -- the most by any wicketkeeper in Tests -- against Australia in the Adelaide Test.

The 21-year-old was also hailed by former India skipper and current India A coach Rahul Dravid, who said the southpaw possesses the "temperament and skill" to bat differently.

"He is obviously a very talented player. He showed in three or four innings that he was willing to bat differently. We all know the way he bats. Even in the 2017-18 Ranji Trophy season when he got over 900 runs his strike rate was 100 plus and we have seen him bat similarly in the IPL as well," Dravid said.