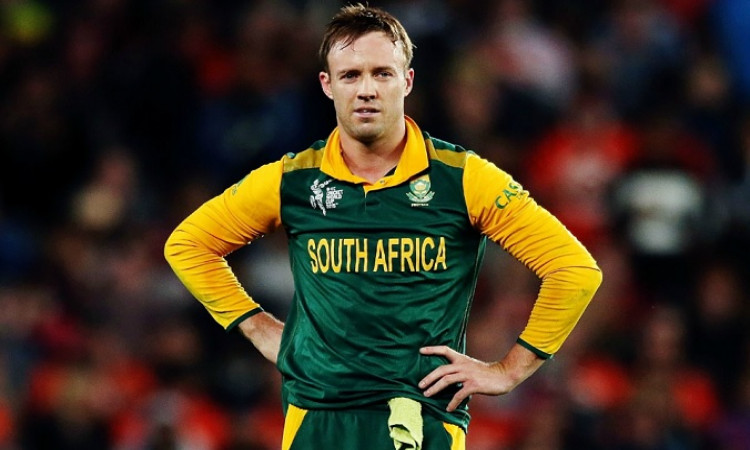 Mumbai, April 29: South Africa star AB de Villiers on Wednesday turned down reports of him being approached to lead the national cricket team after a television channel quoted him as saying the same.

"Reports suggesting Cricket SA have asked me to lead the Proteas are just not true. It's hard to know what to believe these days. Crazy times. Stay safe everyone," de Villiers said in a tweet.

Also Read: No Indian in Dale Steyn's best XI he played with or against

While de Villiers did quit international cricket, he has continued to play in T20 leagues across the globe and the kind of fitness he has shown at 36 can put even youngsters to shame. Star Sports show 'Cricket Connected' quoted him as saying that he has "been asked by Cricket South Africa to lead the Proteas again."

The former Proteas skipper, 36, has played 114 Tests, 228 ODIs and 78 T20s for the national side before his retirement. South Africa head coach Mark Boucher had earlier stated that de Villiers would be considered in the national team for the T20 World Cup to be held in Australia only if he shows good form and proves himself to be the "best man for the job".

Earlier, speaking to IANS, de Villiers had said that while workload management is a personal call, he does believe that the mental and physical demand on the top stars is massive these days thanks to the non-stop cricket action.

"Each player must consider his own circumstances and make his own decision. I reached a point where I wanted to see more of my wife and two young sons, and seek a reasonable balance between family and cricket. The mental and physical demands on the leading players are massive these days, but each player must decide what he can and can't do," he pointed.