Umpires came under the spotlight for 'wrongly' declaring Rajasthan Royals' Tom Curran out after Chennai Super Kings captain-wicket-keeper Mahendra Singh Dhoni claimed a catch behind off pacer Deepak Chahar in an IPL match in Sharjah on Tuesday. The replays, asked for by the umpires on second thought, showed the ball bouncing before Dhoni took the supposed 'catch' and appealed. 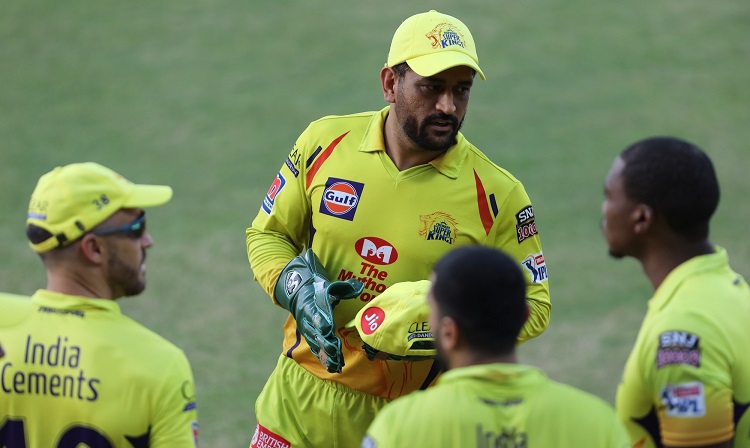 Curran, who hadn't opened his account by then, looked shocked but walked some distance away after being given out by Chettithody Shamshuddin and stood there even as confusion reigned in the 18th over of the innings. And while the two umpires were conferring, Dhoni joined them in the animated discussion.

Dhoni seemed to suggest to the umpires to ask the third umpire for the reply. A replay was sought and it suggested that the ball had bounced just before Dhoni grabbed it in front of him, after hitting Curran's thigh pad - and not the bat.

Curran promptly returned to the crease and resumed batting. He went on to scored 10 off nine balls and remained not out, as Rajasthan Royals finished at 216 for seven wickets in 20 overs.

The on-field umpires were Shamshuddin and Vineet Kulkarni while the third umpire was KN Ananthapadmanabhan.