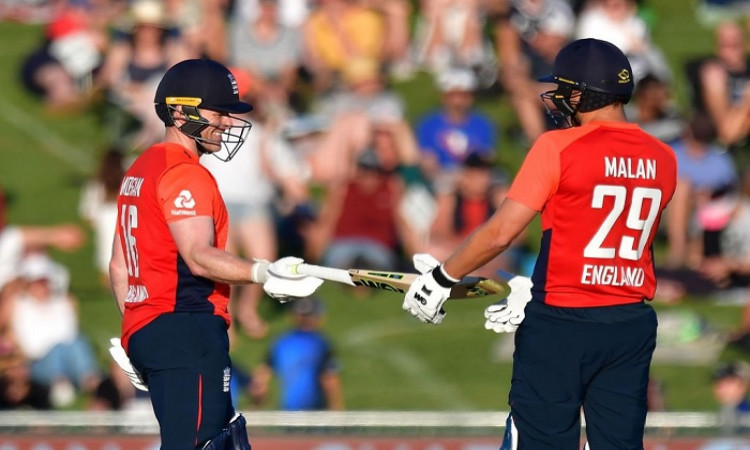 Napier, Nov 8: Dawid Malan and Eoin Morgan broke a plethora of records for England in the fourth T20I of the ongoing five-match series against New Zealand at the McLean Park on Friday.

Malan reached his maiden T20I century off 48 balls, becoming the fastest centurion for England in T20 cricket. The 32-year-old smashed 9 fours and 6 sixes during the course of his innings. He has now become just the second Englishman to make a century in the shortest format after Alex Hales who had scored the hundred in 60 balls against Sri Lanka in 2014.

David Miller of South Africa and Rohit Sharma of India jointly hold the record for scoring the fastest century in T20I cricket. Miller had scored the hundred in just 35 balls against Bangladesh at Potchefstroom in 2017 while Rohit had reached the three-figure mark in the same number of deliveries against Sri Lanka in Indore in the same year.

The 182-run partnership between Malan and Morgan for the third wicket is now the highest ever stand for the Three Lions across all wickets. Morgan, who scored seven fours and as many sixes, also broke the record for scoring the fastest half-century for England as he reached the milestone in 21 balls.