Record Made By Rohit Sharma With His Masterful 80 Runs, Became 1st Player To Do So

Mumbai Indians' (MI) captain Rohit Sharma was on Wednesday back to his lazy elegance with a masterful 80 off 54 balls. During this inning as he scored the 51th run he made the record to score the most runs by a player against a single IPL team. Rohit has now 904 runs against KKR which is a record. Earlier this unique milestone was in account of David Warner who has 829 runs to his name against the same team, KKR. 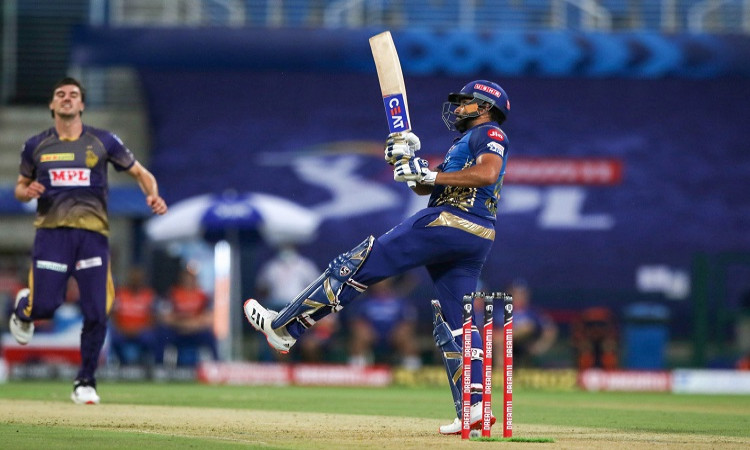 Rohit's innings was punctuated by three fours and six sixes as he nearly played through the innings. Like most players in the IPL, he has hardly played any cricket this year due to Covid pandemic. He is, however, coming into the tournament with a longer break than most of his Indian team mates. He has been away from the sport as a calf injury forced him to abandon India's tour of New Zealand in February.

Rohit scored just 12 in MI's first match of the season against Chennai Super Kings on Saturday. Against KKR, he, along with Suryakumar Yadav, helped MI get over the early dismissal of his opening partner Quinton de Kock and give the four-time champions a dominant start.

The 33-year-old elegant right-hander feasted on a number of short deliveries from a lacklustre KKR bowling attack and made the most of those deliveries. Five of his nine boundary hits came off his trademark pull shot which he used whenever a short pitched delivery was directed at him.

At one stage, during the middle overs, it seemed as if Rohit would complete his second century in the IPL. But the sultry Abu Dhabi weather caught up with him and he was visibly exhausted by the time his innings came to an end. He fell to Shivam Mavi, holing out at long-on while trying to hit a full toss bowled outside the off-stump.