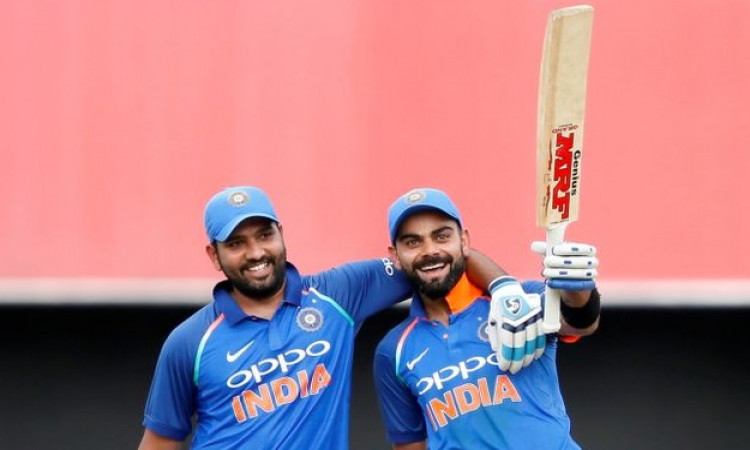 New Delhi, June 4: Former England batsman Kevin Pietersen had recently said that he would pick Virat Kohli even over Sachin Tendulkar when it came to his ability to win games while chasing. And now, former Australia spinner Brad Hogg has picked Kohli over Rohit Sharma for his ability to finish chases. But he went on to add that the two cannot be compared as their roles are different.

Replying to a question on his YouTube channel, Hogg said: "Well, Virat Kohli, because he's more consistent when India have the big run chases. When India are batting second, he stands up and delivers.

Also Read: On this day: Warne's 'ball of the century' stuns Gatting

"But you really cannot compare the two as they have different roles. Rohit's role is to be aggressive against the new ball bowlers when field restrictions are at their least and Virat's role is to bat through the innings and make sure he's there at the end, so they complement each other."

Earlier, MCC President Kumar Sagakkara called the duo the defining pair in the modern era while speaking on Cricket Connected.

"There is something very special about Virat and Rohit. That fact that rules have changed and maybe run-scoring might have become slightly easier in one-day cricket, but the fact remains that to be so consistent across all formats, he's so consistent in T20 cricket. It's incredibly hard, the volume of cricket that India athletes plays.

"So, I think you have to have a lot of respect for Rohit and Virat but understand that it's all because of the players that have gone before and have done all the hard work then as well. So, it's a knock-on effect, so in every era, there's always a defining pair and in the modern era, its Rohit and Virat for India for sure," he pointed.