RCB vs SRH: Contrasting Approaches Of Kohli & Warner To Score Runs In IPL 2020

Rival captains in Friday's eliminator, David Warner of SunRisers Hyderabad(SRH) and Virat Kohli of Royal Challengers Bangalore(RCB), have scored runs in contrasting fashion in the IPL 2020. 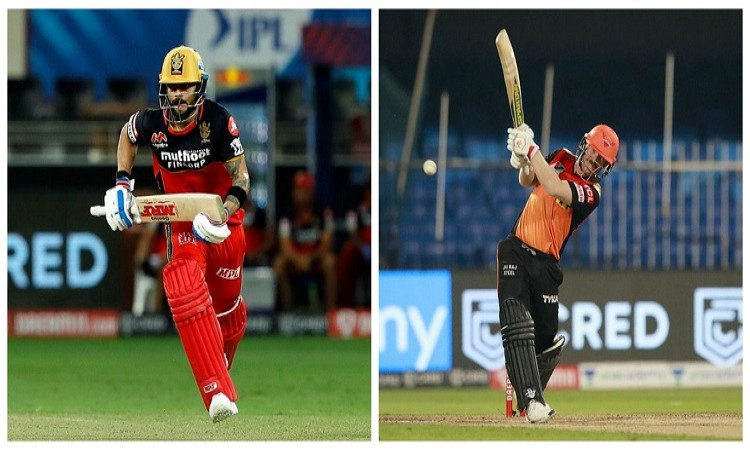 According to a release from Glofans, Kohli's style of play in the tournament makes him well-suited to ward off the spin threat Rashid Khan, who has conceded 5.28 runs per over, on a slow Abu Dhabi ground with bigger boundaries.

The release adds that the first innings average score at the Abu Dhabi ground has fallen from 169 in the first phase of the league to 156, a decline of an average of 13 runs per innings, in the second half of the tournament. There hasn't been a significant difference for teams batting second - the average score of 153 in the half sliding by a mere two runs to 151 as teams returned for their second leg games.