Royal Challengers Bangalore's(RCB) latest recruit Finn Allen had a great warm-up before boarding the flight to play in IPL 2021 as he smashed 71 from just 29 balls against Bangladesh in the 3rd T20I on Thursday. 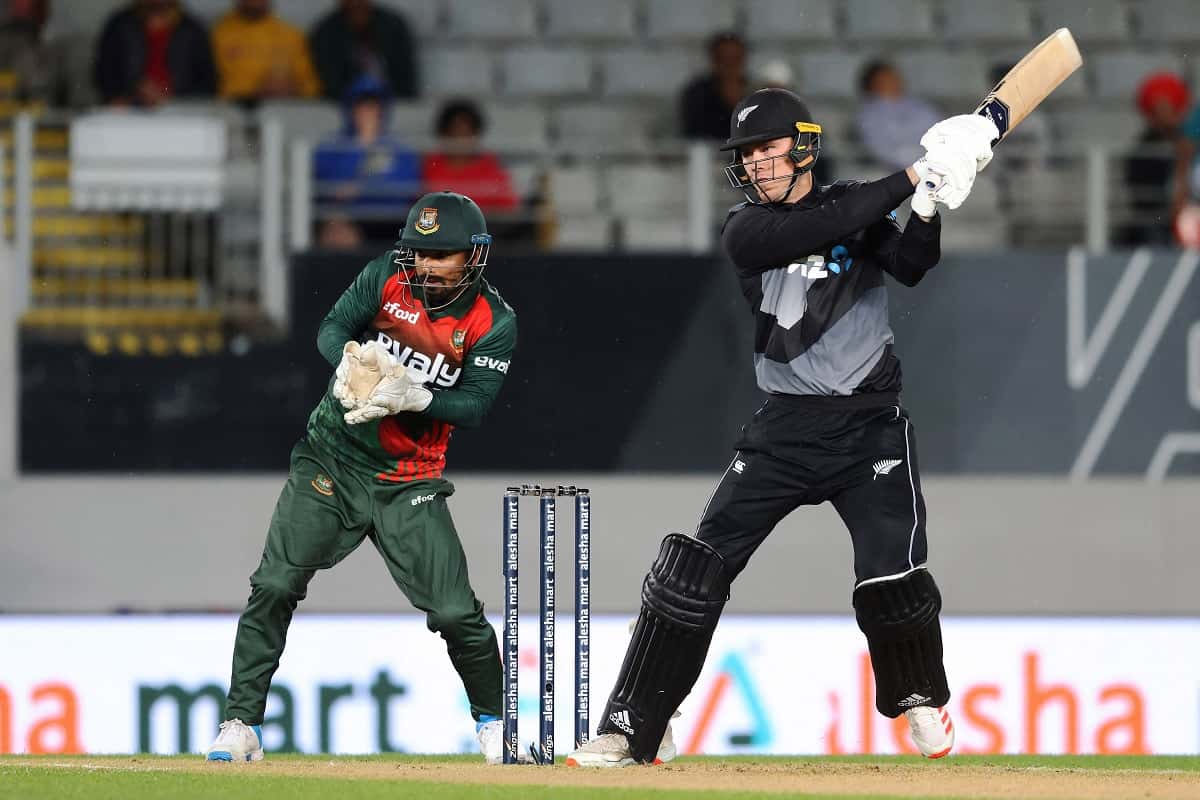 In the rain-affected game, the 3rd match got reduced to 10 overs per side and New Zealand was asked to bat first. Martin Guptill and Allen gave the team a fantastic start as they hit 43 runs in the three overs of the powerplay.

Allen in particular looked in solid touch and started his innings with a reverse sweep which went for four. He smacked 19 runs from the first five balls he faced which included three fours and a six.

Finn Allen steps down the wicket and sends one into the second tier of the Eden Park South stand.

The right-hander continued to clear boundaries at will as he raced his way to his maiden T20 half-century in just 18 balls - the second-fastest fifty for New Zealand. He finished on 71 from 29 balls with the help of 10 fours and three sixes.

Finn Allen was included in the RCB squad after Josh Philippe opted out of IPL 2021. He will be playing under the leadership of Virat Kohli.