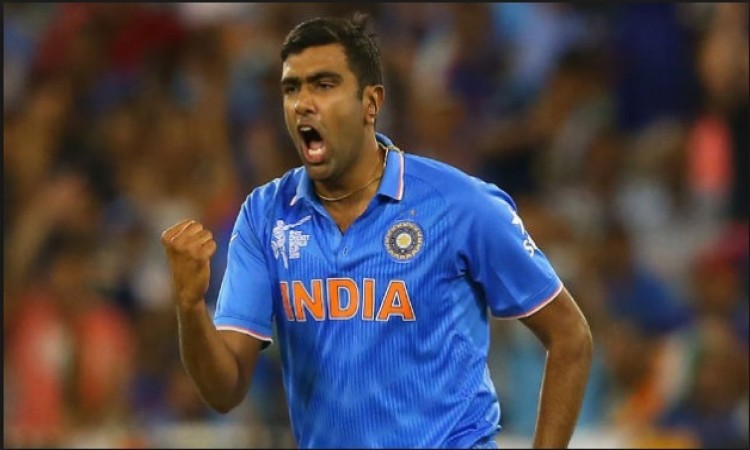 Chennai, June 29 (CRICKETNMORE):  With less than a year to go for the 2019 ICC World Cup, and the Indian team management currently pinning their hopes on wrist spinners, seasoned off-spinner Ravichandran Ashwin has expressed his desire to return to white-ball cricket and be a part of the squad for the quadrennial extravaganza in England.

Despite not having played an ODI for nearly a year, Ashwin can still boast of an experience of playing in 111 ODIs and last represented India against the West Indies in June 2017.

But since then, the Chennai offie has continued to impress in Test cricket, and currently sits fifth in the ICC Test bowling rankings, having 316 wickets to his name in the longest form of the game.

Having played in two World Cups (2011 and 2015), Ashwin, however is still hopeful of making the cut for the mega tournament in England and Wales.

"It entirely depends on what other people (team management and selectors) perceive of my cricket," Ashwin was quoted as saying by ICC website.

"It's definitely not in my control. Like any other cricketer, I want to wear the blue jersey and represent India at the World Cup. That's obviously there deep within.

"At this stage of my career, physically and mentally, I am just focusing on enjoying my cricket. If I land an opportunity, I want to be in a good frame of mind to grab it with both hands," the 31-year-old added.

India face England in a three-match ODI series in July, and while Ashwin hasn't been named in the squad, he'll be keeping a keen eye on the contests, and believes seam will play an important factor.

"England is a strong team in the shorter formats. They tweaked their strategy and team combination after the 2015 World Cup. The key for India in ODIs will be Bhuvneshwar (Kumar) and (Jasprit) Bumrah's death overs. Hopefully, it will be a high-scoring series," he quipped.