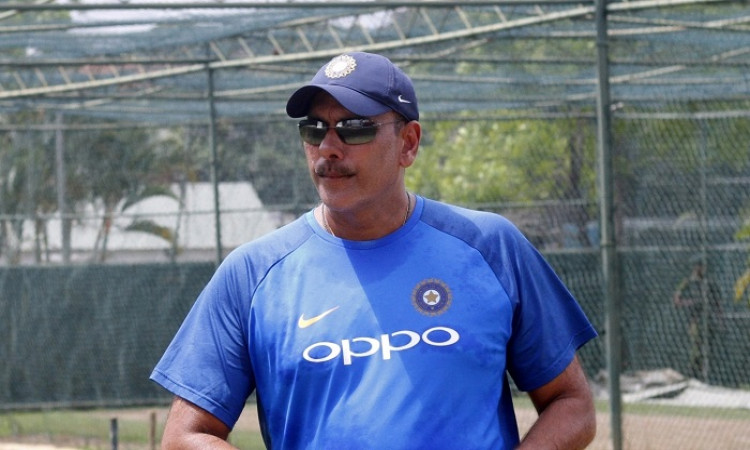 In a video shared by Shastri on his official Instagram account, the India head coach also requested people to pick litter and dispose it off properly to maintain cleanliness.

"On the occasion of the 150th birth anniversary of Mahatma Gandhi, join me for a unique combination of Prime Minister Narendra Modi's initiative -- the Fit India movement and the Swachh Bharat Abhyian," Shastri said from the Dr. Y.S. Rajasekhara Reddy ACA-VDCA Cricket Stadium, where India will take on South Africa in the first Test.

"I request you all to join the 2-km run on October 2 and while running keep picking the litter, Jai Hind," the 57-year-old added.

Team India will aim to begin their home leg of the ICC World Test Championship on a high when they take on South Africa in the first Test of the three-match series beginning on Wednesday.

Virat Kohli's men would be full of confidence after they consolidated their position as the No.1 side with a 2-0 series whitewash in West Indies, which also saw them earn their first points in the WTC.

They would go into the series as undeniable favourites considering their enviable record at home since 2012-13. Ever since the West Indies series which saw legendary batsman Sachin Tendulkar hang his boots, they've won each of their 10 series -- the joint highest by any team on their home soil.

Please join us on Oct 2nd #GandhiJayanti in the #PloggingRun which is a unique combination of our PM @narendramodi ji’s initiatives - #FitIndiaMovement and #SwachhBharatAbhiyaan. Credit to @KirenRijiju ji & team for making this happen #JaiHind