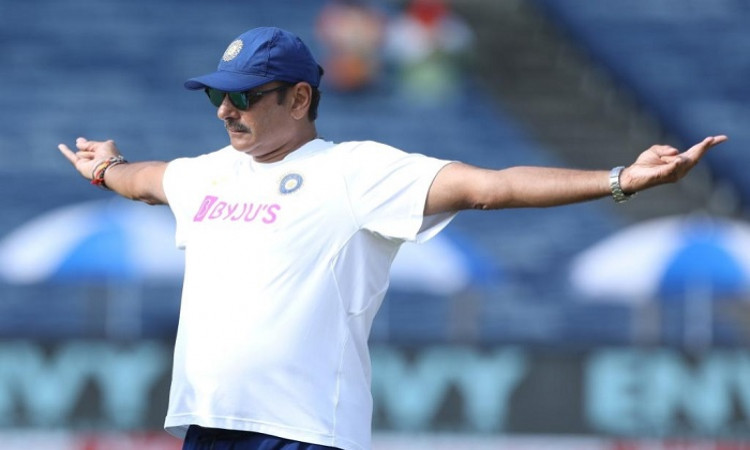 New Delhi, Nov 15: Indian cricket team head coach Ravi Shastri has elicited quite a few humorous and sarcastic tweets after he posted on Twitter two pictures of him in bowling action.

The former cricketer on November 13 posted the pictures on his Twitter handle @RaviShastriOfc with the caption: "Old habits die hard #INDvBAN #Cricket".

Also Read: The fear of failure and letting go of it helped: Mayank Agarwal

It has since garnered over 13k likes and some sarcastic and funny commentes from tweeples.

A Twitter user remarked: "Beer main ice kaun dalta hai". "He is getting 10 Crores salary for this. #INDvBAN," added another.

Ravi Shastri played for India between 1981 and 1992 in both Tests and ODIs.

Ravi Shastri is often seen getting trolled by his own followers. While several of his previous posts have also received similar treatment, sometimes he has also been targeted despite not posting anything on his own.