Indian batter Shubman Gill hit four attractive boundaries before being dismissed for 17 by James Anderson in the first day of the Fifth test against England. 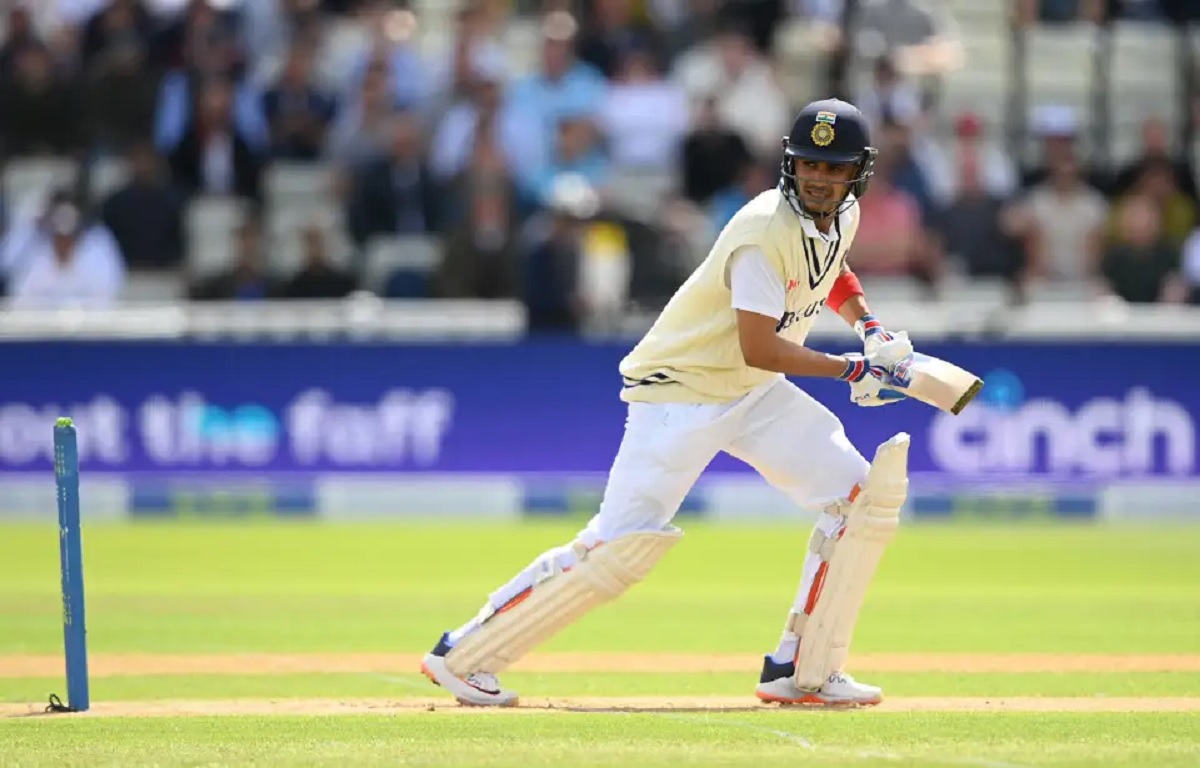 Former India head coach Ravi Shastri on Friday expressed his utter disappointment on how opener Shubman Gill was dismissed on day one of the rescheduled Edgbaston Test against England. Gill hit four attractive boundaries before being dismissed for 17 by James Anderson just before the first half-hour of the day was to be completed.

Anderson had been operating a little shorter than fuller as his length, with very little movement available off the pitch and bowled mostly wider of the stumps. He had to bend his back a bit to get some scalps and got one when he pitched closer to off-stump, to which Gill edged one away from his body which he should have had left on line and length, to second slip.

"That's unfortunate. He (Gill) is a class act. He needs to bring that discipline into his game. That's a nothing shot and he will be disappointed with it. This is a boundary-scoring ground but you need to put a value on your wicket. You have to stick there and runs will come eventually," said Shastri while commentating alongside ex-England player Mark Butcher for broadcasters Sky Sports.

Shastri further remarked that Gill will be very sad over squandering a great chance to score runs at Edgbaston. "He will be mighty disappointed. When he is set, he makes runs come. Everything before this, there was the intent. There was no intent here. It was just a tentative poke outside the off-stump."

"Really a nothing shot. He will be very disappointed with this because he had done a little bit of hard work. This is a boundary-scoring ground, Edgbaston. Stay at the crease, you will get runs. There is value for your shots."

After taking out Gill, Anderson then dismissed makeshift opener Cheteshwar Pujara for 13 with a fuller ball which had extra bounce and took the shoulder edge to second slip. Former England batter Kevin Pietersen felt Pujara couldn't have done much about the ball he got from Anderson.

"There's nothing you can do. Sometimes you've just got to say, 'it's the great Jimmy Anderson.' There will be balls you have to play at, which I think that was one of. Jimmy Anderson, on occasions, is just too good."

"What do you do? You watch (Glen) McGrath, (Wasim) Akram, (Shaun) Pollock, he's as good as, if not better, than a lot of those guys, in these conditions in particular," said Pietersen during the lunch show after rain caused a break in the proceedings, with India at 53/2 in 20.1 overs.