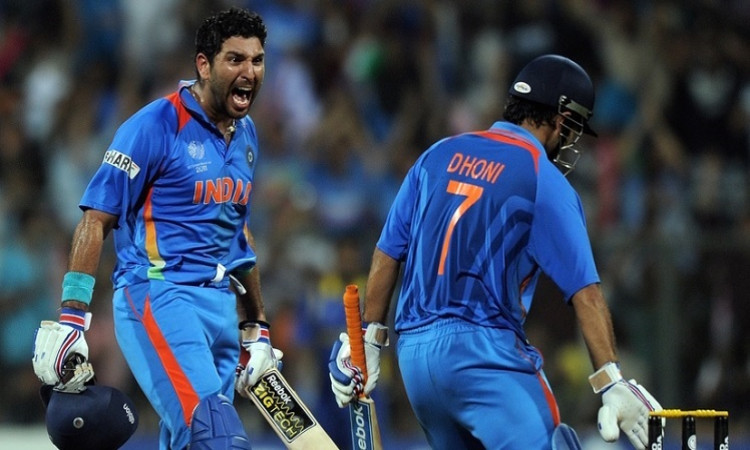 New Delhi, April 3: India head coach Ravi Shastri was put on a spot after he tagged only Virat Kohli and Sachin Tendulkar in a video of India winning the 2011 World Cup. Replying to the tweet, Man of the Tournament Yuvraj Singh had said that Shastri should have tagged him and M.S. Dhoni. But Shastri came up with a brilliant reply, calling him legend.

Shastri had on Thursday tweeted: "Many Congratulations Guys! Something you will cherish all your life. Just like we from the 1983 group #WorldCup2011 - @sachin_rt @imVkohli."

To this Yuvraj replied: "Thanks senior ! U can tag me and mahi also we were also part of it."

And now Shastri has replied to this and said: "When it comes to World Cups, you are no Junior. Tussi Legend Ho @YUVSTRONG12 !"

It has been nine years since India won their second ICC World Cup title on April 2 in 2011. Powered by Gautam Gambhir and MS Dhoni's knocks, India chased down a target of 275 against Sri Lanka with six wickets and 10 balls in hand.

Six players in that team have officially announced retirements from all forms of the game since then and Virat Kohli is the only member of that squad who remains a regular in the Indian team. A number of players who were part of that team however spoke on their social media handles about the occasion on Thursday.

When it comes to World Cups, you are no Junior. Tussi Legend Ho @YUVSTRONG12 ! https://t.co/bnZHTyFd8x