Ravi bhai had asked me to be ready: Shahbaz Nadeem 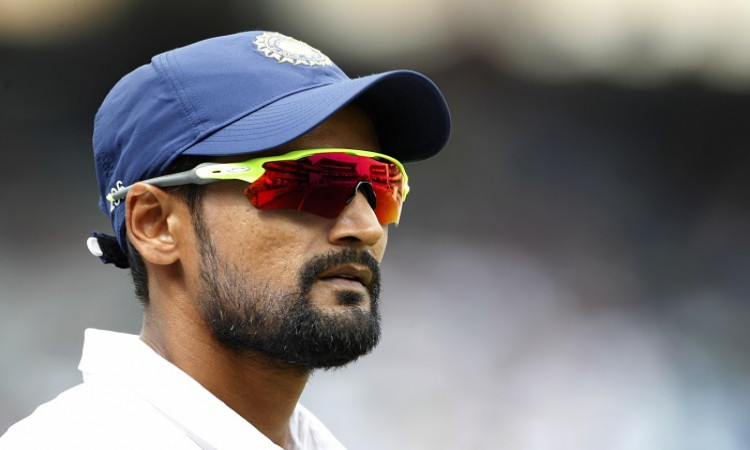 New Delhi, Oct 24: Shahbaz Nadeem said that India coach Ravi Shastri had intimated him during the India 'A' series that he could be getting a chance to make his international debut soon. Nadeem, who has over 400 wickets to his name in first-class cricket, made his debut for India in the third Test against South Africa in Ranchi and picked four wickets.

Nadeem said that he had been earmarked to make his debut some time back and so it was not just his familiarity with the Ranchi pitch that worked in his favour. "In the past two three series I was playing for the India 'A' team I had met Ravi bhai. He had told me then to be ready, I could get a chance soon," Nadeem told IANS.

Nadeem was suddenly picked for the Indian team as a replacement for Kuldeep Yadav. While Kuldeep was only among the reserves in the previous two Tests, Nadeem ended up making his debut. "Ravi bhai told me during warm-up before the first day that I will be playing. He motivated me, told me to grab the opportunity and not take too much pressure. Don't think that this is your debut match because you have played a lot of domestic cricket. It felt good to hear things like that from him," he said.

He said that while he always expected to get a call-up at some point of his career, he was surprised when he finally did get the call. "I was always sure that the chance would come at some point because I was doing well in the domestic circuit and for India 'A'. But when I did, it was at an unexpected time. It was quite sudden," he said.

Nadeem said that he called up former captain Rahul Dravid, who he has worked with on numerous occassions as part of the India 'A' setups over the years. "He is always available whenever we call him. He told me that I know that if you get a chance you will do as well as you can. He always kept telling me earlier also that I will do well if I get a chance to play for the country. He used to motivate me to wait for my chance to keep doing the hard work. It feels great when such a senior player says such things about you and motivates you," he said.

An image of Nadeem talking to M.S. Dhoni, who came to the Indian dressing room after the end of the match, had gone viral soon after the conclusion of the Test. The pair have played together earlier -- Dhoni was part of the Jharkhand Ranji team and yet to make his debut for India when Nadeem made his first-class debut in 2004. "I asked Mahi bhai's opinion on how I bowled. He told me that I did pretty well. I did exactly what was required. He told me that I have played a lot of first-class cricket so the experience is there. Hence, you don't need to do anything different. He just asked me to continue doing what I am doing," he said.

He said that his conversations with Dhoni over the years, even when the latter was captain of India, was about how he can improve as a bowler. "We have known each other for a long time and have played with each other. But in all our conversations I never asked him what I needed to do to play for the country. I just wanted to learn from him how I can improve my bowling," he said.

Nadeem said that he doesn't want to think as to whether he will get a chance again or not. The Indian squad for the upcoming Test was revealed on Thursday and Nadeem did not feature in the Test or T20I squads. "If you want to play for the country you have to be the best. If you are not, then you don't deserve to be in the team. My target whenever I play is to perform like the best.

Competition is there, all bowlers are doing well and when that happens you grow as a player," he said.

"I don't think that much. I only think about things that I can control and that is my bowling. I heard that my performance was good so the rest is upto the management to decide. If I get to play again I'll try to improve, and I'll do the same if I don't get to play also."