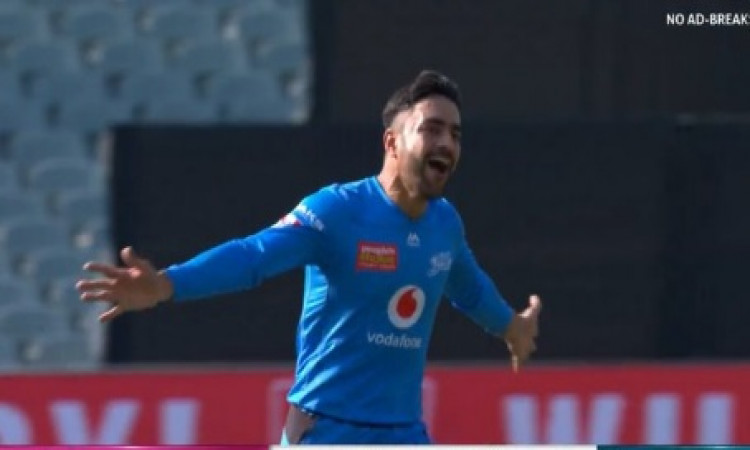 Adelaide, Jan 8.Afghanistan leggie Rashid Khan once again proved why is he one of the best in the business when it comes to the shortest format of the game as he registered his third career T20 hat-trick in a game between Sydney Sixers and Adelaide Strikers in the ongoing Big Bash League (BBL) here on Wednesday.

The sensational spinner first accounted for the wicket of Sixers' skipper James Vince (27) in the second last ball of the 11th over before accounting for the wicket of incoming batter Jack Edwards, who was back in the hut without opening his account after being trapped by Rashid in the next delivery.

Earlier, Rashid had also dismissed Sixers' skipper Daniel Hughes (17) to return with impressive figures of 4/22 from his allotted four overs.

Rashid, who currently tops the charts for the ICC T20 international bowler rankings, has 284 scalps from 200 T20 games. In T20Is, he has 84 wickets to his name from 45 games.

Asked to bat first, the Strikers batsmen failed to click and it was because of Jake Weatherald (47) and Alex Carey's (32) notable contributions that helped the host put a moderate 135 on board before being bundled out in 19.4 overs.

Later, despite Rashid's heroics, the Sixers overhauled the target with some hiccups with eight balls left to register a two-wicket victory