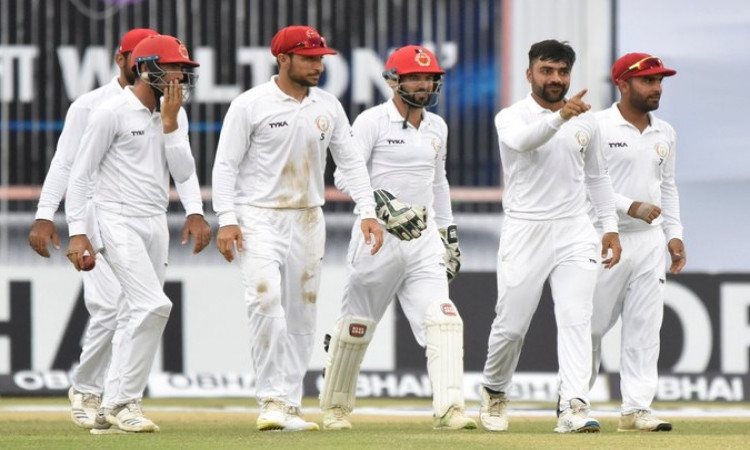 Chattogram, Sep 9:  Rashid Khan followed up his first innings fifer with a six-wicket haul as Afghanistan made short work of the Bangladesh tail to record a historic win here on Monday. This is the first time Afghanistan won a Test away from home in what was their first away Test. They beat Bangladesh by 224 runs.

The first two sessions of Day 5 were washed out which meant that Afghanistan were left with just one session to try and take the last four Bangladesh wickets. They didn't take long to get started though with Zahir Khan dismissing Bangladesh skipper Shakib Al Hasan off the very first ball of the day.

Rashid then alternated himself with Zahir, Qais Ahmed and Mohammad Nabi -- who was playing his final Test match -- and soon dismissed Mehidy Hasan Miraz and Taijul Islam. However, with the clouds hovering menacingly over the stadium, Soumya Sarkar blocked the bowlers for nearly four overs. Rashid at one point managed to get a leading edge off Sarkar which fell tantalisingly short of mid-off.

Finally, with just four overs left in the day, Rashid managed to get an inside edge off Sarkar and it fell into the hands of short leg, sparking wild celebrations from the Afghanistan players. That was Rashid's 11th wicket of the match. Bangladesh were set a target of 398 and they were all out for 173.