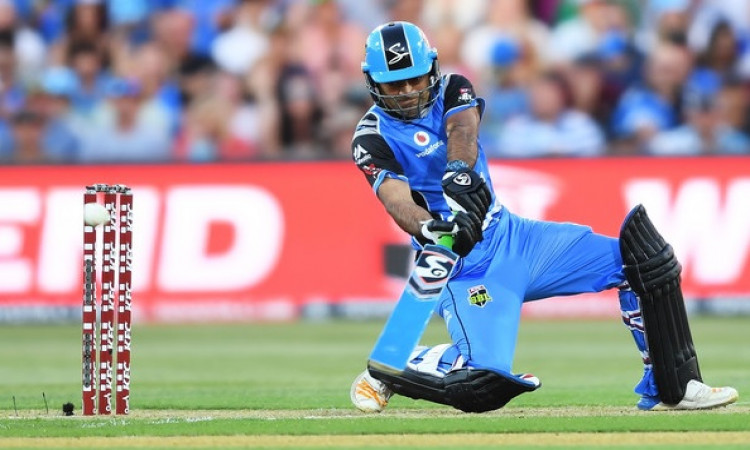 Melbourne, Dec 29: Afghanistan star Rashid Khan on Sunday flaunted a new bat design at the ongoing edition of the Big Bash League. Playing for the Adelaide Strikers against defending champions Melbourne Renegades, Rashid was seen holding a bat that had a depression on its back, giving it the look of a camel's back.

Cricket Australia tweeted a picture of the bat and nicknamed it "The Camel."

Rashid turned up with an all-round performance in the match. With the unique bat, he smashed 25 runs off 16 balls to push the Strikers' score to 155/6. He then bowled a stellar spell, giving away just 15 runs in 4 overs and taking two wickets. He ended the match with the best economy rate in his team.

They call it 'The Camel'