Bengaluru, Jan 27 (CRICKETNMORE): An unbeaten 201-run partnership between Cheteshwar Pujara and Sheldon Jackson against hosts Karnataka on Sunday brought Saurashtra to the verge of sealing a Ranji Trophy final berth. 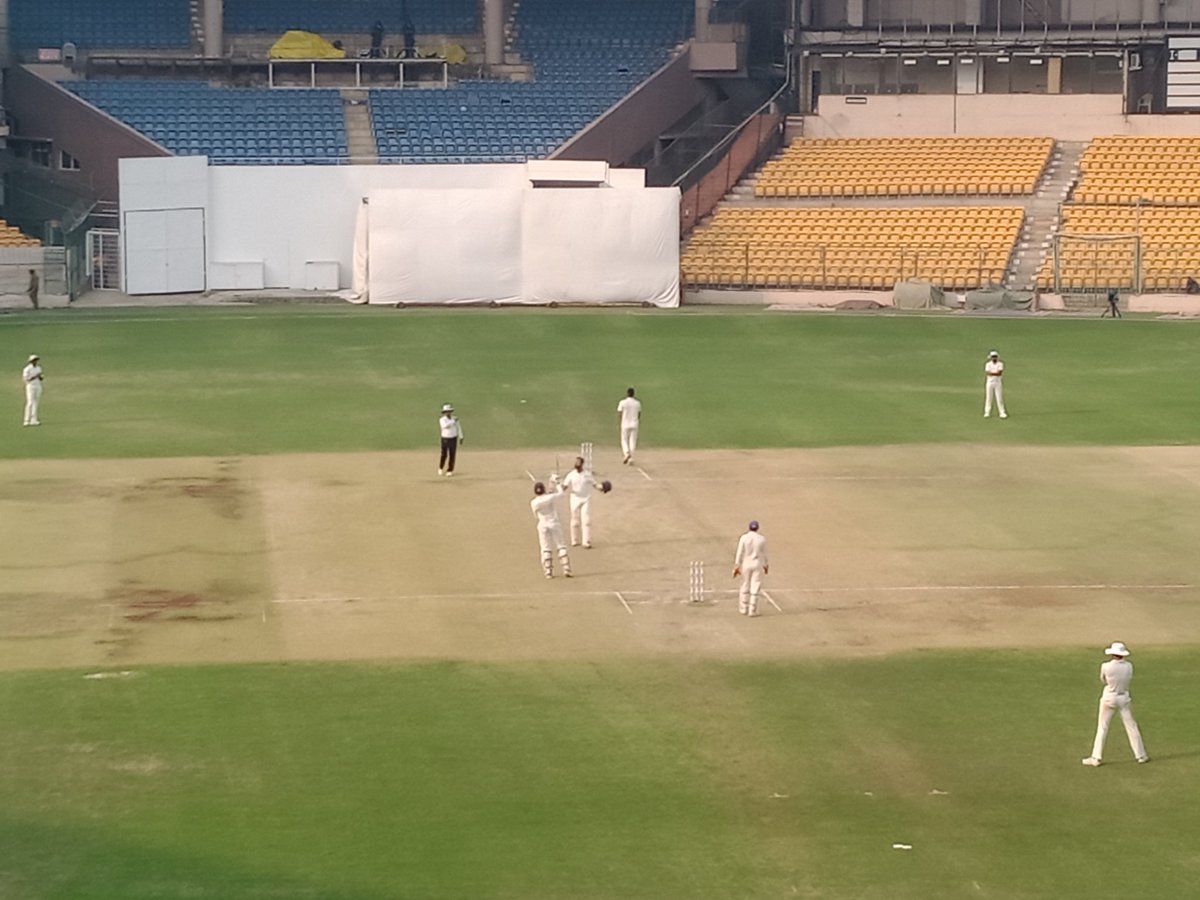 Chasing a moderate target of 279 runs, Saurashtra suffered a top-order collapse before Pujara (108 batting) and Jackson (90) put on a rescue act with their side now just 55 runs away from victory with seven wickets in hand.

The visitors were once reeling at 23/3, thanks to pacer Vinay Kumar, who struck twice to pack off Vishvaraj Jadeja (0) and Snell Patel (0). However, Pujara and Jackson's sensible batting not only repaired the damage but also took Saurashtra to the brink of victory with the fifth and final day left.

Saurastra were 224/3 when stumps were drawn for the day.

Earlier in the day, Karnataka resumed from the overnight score of 237/8 and could add just a couple of runs before being bowled out.

Left-arm spinner Dharmendrasinh Jadeja starred with the ball for Saurashtra with figures of 5/78.