New Delhi, Dec 7 - In his final swansong, veteran Gautam Gambhir lived a charmed life but held on to an unbeaten 92 to guide Delhi to 190/1 against Andhra on the second day of the Ranji Trophy at the Feroz Shah Kotla here on Friday.

Delhi were well placed in reply to the visitors' first-innings score of 390.

Ricky Bhui scored 187 to finish the Andhra innings within touching distance of 400.

But the star attraction was Gambhir, playing his last competitive cricket match of any form.

There was a security breach with a fan trying to click a selfie before being hauled up as the southpaw who helped India win two World Cups (World T20 in 2007, 50-over World Cup in 2011) took guard.

He was given the Guard of Honour by teammates at every break and his wife turned up with two daughters just after Gambhir completed fifty runs.

Gambhir was twice dropped in the slips but it didn't matter during the 152 balls that he played.

Hiten Dalal scored a half century at the other end as Gambhir crafted a rollicking innings.

Elsewhere in Group B, left-arm orthodox spinner Mayank Dagar claimed 4/22 to leave Punjab reeling at 75/9 and trailing Himachal Pradesh by 315 runs on day 2.

Resuming the day on 244/5, Himachal posted 390 and then Punjab batsmen struggled to get going with only two batsmen reaching double figures.

In Chennai, Kerala batsmen floundered apart from P Rahul (59) as they could manage 151/9 at stumps in a Group B tie against Tamil Nadu.

In a Group A fixture, all-rounder Yusuf Pathan notched up a century to help Baroda reach 385 against Chhattisgarh.

Resuming Day 2 on 165/7, Yusuf combined with Bhargav Bhatt and Rishi Arothe, both of whom struck half-centuries, to help Baroda attain a first-innings lead of 256.

Chhattisgarh, in their second innings, progressed to 174/4, behind Baroda by 82 runs.

In the other Group A tie, Railways' batsmen led a solid response to Gujarat with Nitin Bhille scoring his fourth century to take the team's total to 266/3.

Gujarat, who had resumed the second day in Valsad at 340/8, added 27 more to their overnight tally before being bowled out for 367.

Bhille was supported by Arindam Ghosh, who scored a half-century as both batsmen remained unbeaten at stumps to bring the deficit down to 101 runs.

In Group C, Jharkhand led Odisha by 78 runs after ending the second day on 107/3 in their second innings. Odisha resumed the day on 27/3 and could post 201 with Jharkhand being bowled out for 172.

Meanwhile, in another Group C match, all-rounder Manisankar Murasingh helped Tripura recover from a collapse with an unbeaten 43 to take them to 235/7 in reply to Haryana's first innings total of 292. They now trail by 57 runs. 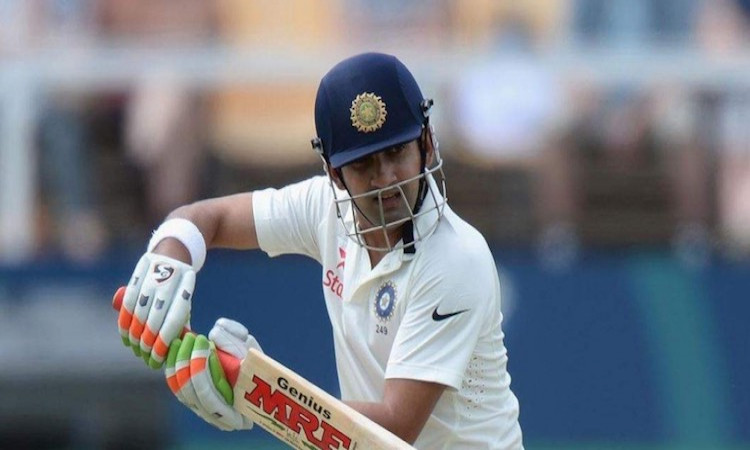 Also Read: Today was another perfect attrition day for us, says Ashwin