After bowling out Mumbai for 374, with Sarfaraz Khan making a stunning 134, his fourth century of the season, Dubey and Himanshu Mantri stitched a stubborn opening stand of 47 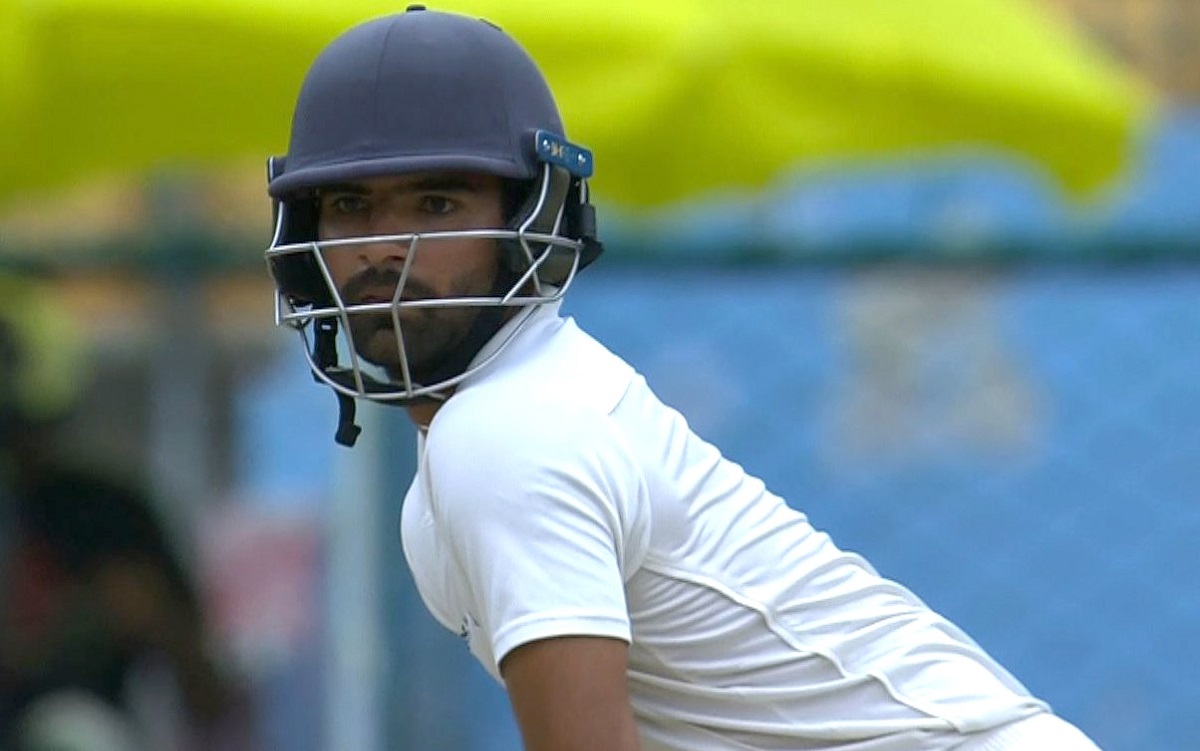 Yash Dubey (44 not out) and Shubham Sharma (41 not out) added 76 runs off 147 balls for the second wicket as they carried Madhya Pradesh to 123/1 in 41 overs, trailing Mumbai by 251 runs at stumps on day two of the Ranji Trophy final at the M Chinnaswamy Stadium on Thursday.

After bowling out Mumbai for 374, with Sarfaraz Khan making a stunning 134, his fourth century of the season, Dubey and Himanshu Mantri stitched a stubborn opening stand of 47, keeping the fast bowlers at bay and after settling against them, Dubey welcomed left-arm spinner Shams Mulani with a boundary perfectly dissecting between mid-wicket and mid-on.

Then, it was Mantri's turn to take on Mulani, dancing down the pitch and hitting him for back-to-back sixes, followed by driving him through short cover. Post tea, Mantri was trapped in front of stumps by pacer Tushar Deshpande. Shubham came out and began by striking boundaries thrice against Deshpande and Dhawal Kulkarni.

That set the tone for Sharma as well as Dubey to take boundaries on a regular basis despite Deshpande getting some help with movement off the seam and extra bounce, with Mulani often being taken to the cleaners by the duo. With both batters looking rock-solid and having faced 131 and 65 balls respectively, Madhya Pradesh will be fancying their chances of taking an upper hand over Mumbai on day three.

Earlier, Sarfaraz's run-making juggernaut continued with a stunning 134 in guiding Mumbai to 374 in 127.4 overs. For Madhya Pradesh, Gaurav Yadav was the pick of the bowlers with 4/106 in 35.4 overs. After being watchful on day one, Sarfaraz continued to stand firm on day two and was rewarded for his perseverance with a stroke-filled 243-ball 134, laced with 13 fours and two sixes, lifting Mumbai from a tricky position to a seemingly competitive score.

On his way to 134, Sarfaraz crossed the 900+ runs mark in a Ranji Trophy season for the second time after amassing 928 runs in 2019/20 season, becoming just the third batter after Ajay Sharma and Wasim Jaffer to do so. Resuming from 248/5 on day one, Mumbai lost Mulani on just the second ball of the day when Gaurav got one to jag back in and trap him plumb lbw. Sarfaraz first showed signs of shedding his cautious self when he sliced Gaurav over backward point for a boundary.

With Gaurav and Anubhav Agarwal keeping things tight, Sarfaraz was unable to get his shots and was stuck on 45 for long. As soon as left-arm spinner Kumar Kartikeya Singh got into the attack, Sarfaraz opened up by nailing a sweep over mid-wicket and reached his fifty with a single through the same region.

Sarfaraz continued to nail his sweep against Kartikeya while timing his straight down the ground drives. Though Gaurav took out Tanush Kotian's off-stump with a peach of a delivery and Kulkarni nicked to keeper off Anubhav Agarwal, Sarfaraz continued to march forward despite having a nasty collision with Gaurav. He even brought out the ramp shot against Anubhav, with the ball going over keeper and slips for a cheeky boundary.

Sarfaraz then reached his century in 190 balls by driving Kartikeya down the ground to complete a superb knock under pressure. His celebrations on reaching the three-figure mark ranged from being teary-eyed and punching the air in delight to bringing out the kabaddi thigh-five, met with thunderous cheers from the Mumbai camp and spectators in stadium.

After reaching the century, Sarfaraz continued to attack Kartikeya, slog-sweeping for a six over deep mid-wicket and was followed by Deshpande slamming a boundary down the ground as Mumbai fetched 103 runs in the first session.

After Deshpande fell, Sarfaraz and Mohit Awasthi hit a six each off Saransh Jain over long-off, followed by the former taking a boundary off Gaurav. In an attempt to go big again, Sarfaraz went for it but sliced to extra cover, ending a knock where he rallied around with the lower-order batters to pull Mumbai out of a precarious situation.