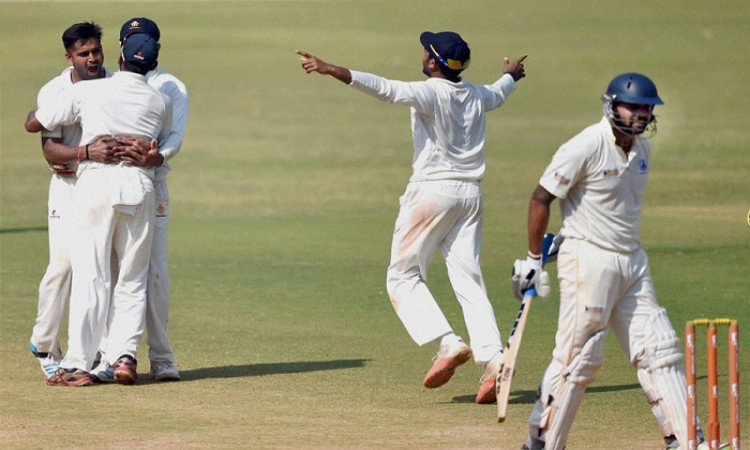 Patna, Dec 12: Veteran medium-pacer Vinay Kumar has joined an elite club of bowlers taking 400 wickets in Ranji Trophy competition. He achieved the feat during Puducherry's 10-wicket win over Bihar at the Moin-ul-Haq Stadium.

Vinay took four wickets for 57 runs in the second innings to take his overall wickets tally to 401 in Ranji Trophy.

The 34-year-old is now the joint-10th highest-ever wicket-taker of the tournament, sitting alongside former Bengal and India left-arm spinner Utpal Chatterjee.

"400 Ranji Trophy wickets. 397 for Karnataka and 3 for Pondicherry. Thanks to everyone who have been a part of this wonderful journey," Kumar tweeted after achieving the feat.

Former left-arm spinner Rajinder Goel holds the distinction of being the highest wicket-taker in Ranji Trophy history. He took 637 wickets in his stellar career.

Vinay made his Ranji Trophy debut for Karnataka in the 2004-05 season and quickly rose through the ranks to become their lead seamer. The 2007-08 season marked his arrival as he finished as the second leading wicket-taker in the Ranji Trophy season - a performance that ensured a call-up to the IPL where he represented Royal Challengers Bangalore.

In the 2009-10 season, he took 46 wickets and led Karnataka side to the final. Before the start of this season, he decided his time had come to move out of Karnataka and hence, he migrated to Puducherry.