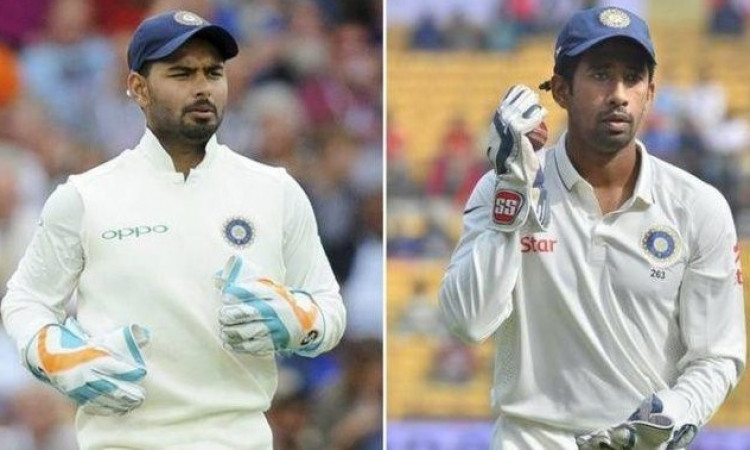 Ranchi, Oct 21:  India wicketkeeper Wriddhiman Saha took a blow on the ring finger of his left hand on Monday and was replaced by Rishabh Pant as India inched closer to a 3-0 series whitewash on Day 3 of the third Test here.

Saha was hit on his finger by a Ravichandran Ashwin delivery in the 27th over of South Africa's second dig and the 34-year old stumper was seen in some pain before walking off the field. Saha's finger was already taped and after copping further blow, he could not continue.

Pant, who did not play a Test in this series, came on to replace him.

"Wriddhiman Saha has been replaced by Rishabh Pant who has taken a blow right on the end of the gloves," a BCCI tweet said.

Saha has been brilliant in this series behind the stumps, especially in the second Test in Pune where he took a couple of excellent catches. The Bengal stumper has previously been out of the team due to a long injury layoff.

The visitors are on the brink of another embarrasing defeat as they got bowled out for a mere 162 in their first innings in reply to India's 497/9 declared. In the second innings, Proteas are again in trouble having lost six wickets when the story was being written.