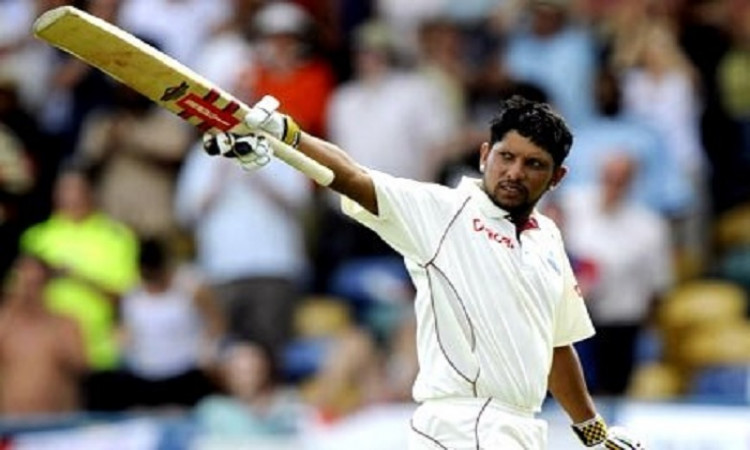 North Sound (Antigua), Aug 22:  While many would think that India will have a walk in the park in their Test series against West Indies, former WI skipper Ramnaresh Sarwan begs to differ. He feels that the boys can give the Indian team a run for their money if they join hands and perform as a unit.

Also Read: Indian players excited to have numbers on back of Test jerseys

The wicket could turn out to be the difference as tracks in the Caribbean Islands have slowed down over the years and the ball may once again lose pace on the wicket, making it difficult for the batsmen to play their shots. Sarwan feels the home team needs to make best use of the conditions on offer.

"Yeah, ideally you would want a fast wicket in Antigua. We have to ensure we play well on whatever wicket we play on. Obviously, the guys would have plans and if they are able to execute 70-80 per cent of the time, we would have a good chance of winning," he said.

Commenting on the camp at the start of the Test series, he said: "It has been really well. We had Brian (Lara) as well, the way he put everything to them was very simple, guys understood him. The guys really applied themselves in the pre-series camp.

"Mostly we have tried to work on the mental aspect with them. We did not want to change anyone, just tried to keep them in a clear mindset, hopefully, they will be able to take it to the game. Brian stressed the need to be patient in the middle."