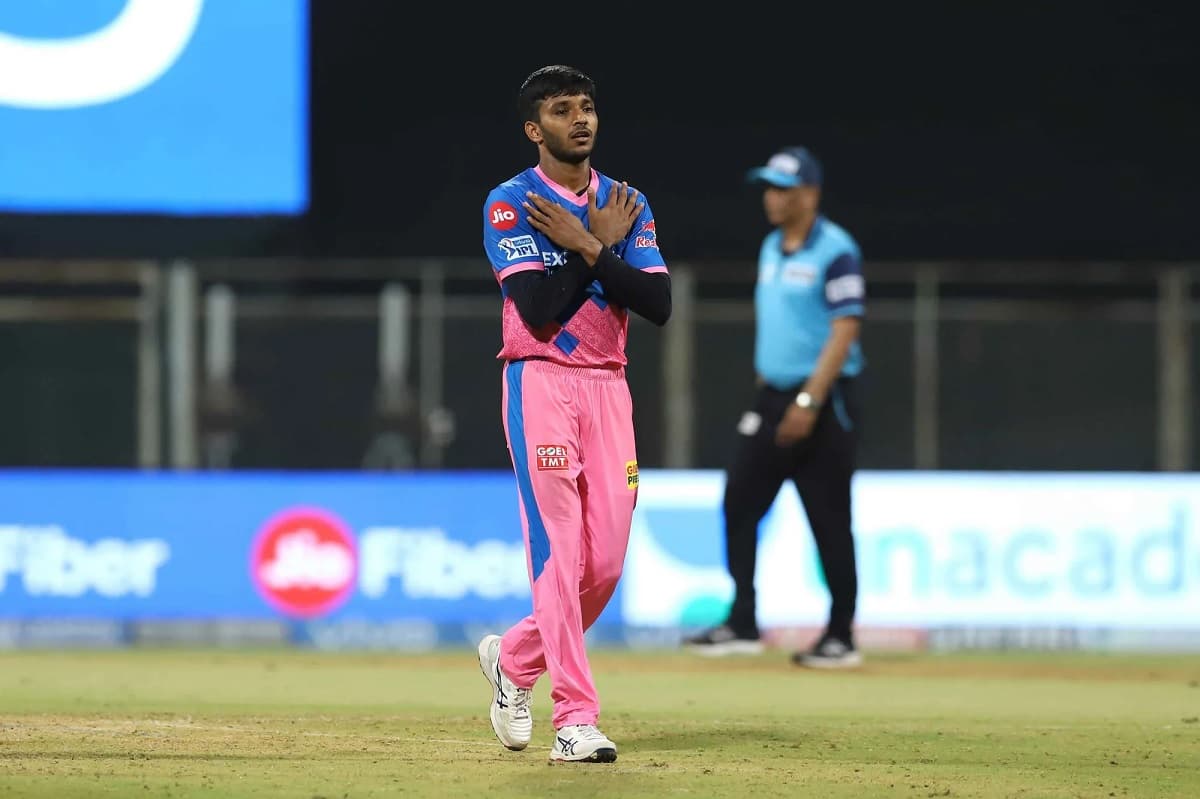 It pains us so much to confirm that Mr Kanjibhai Sakariya lost his battle with Covid-19 earlier today.

We're in touch with Chetan and will provide all possible support to him and his family in this difficult time.

This is the second time this year that the 23-year-old bowler from Bhavnagar, Gujarat, has lost a close relative.

In January, his brother had committed suicide.

Sakariya, who was picked by RR for Rs 1.2 crore at the IPL mini-auction in February, performed admirably at the T20 tournament before it was postponed due to Covid-19 positive cases in the camps of four out of eight teams.

The left-armer was with the Royal Challengers Bangalore (RCB) nets last season.

Sakariya bagged 12 wickets in five matches that put him sixth in the wicket-takers' list of the Syed Mushtaq Ali Trophy. He also impressed at the RR trials prior this season.

All this made his entry to RR team easy.