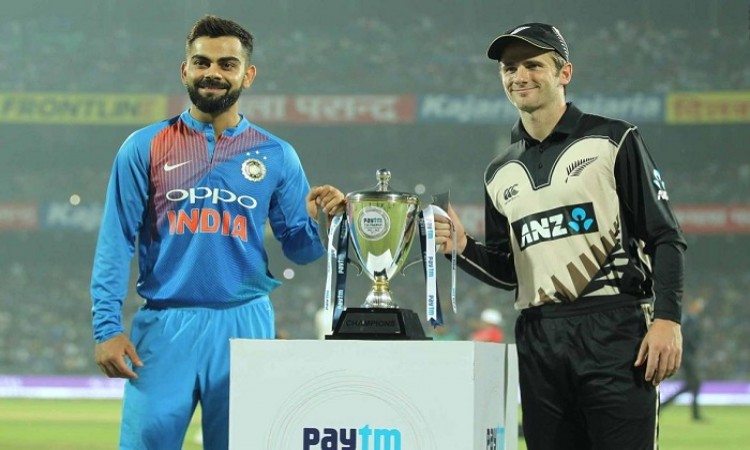 Thiruvananthapuram, Nov 6 (CRICKETNMORE) With just around 24 hours for the deciding third and final T20 International between India and New Zealand to be staged in the state capital, Monday saw heavy rains lashing the Greenfield International Stadium.

The local meteorological office has predicted more rains later in the day and Tuesday also.

The match is scheduled to start at 7 p.m and all the more than 40,000 tickets have been sold out.

Incidentally, this is the first time in close to three decades that the city is hosting an international match, after Vivian Richards-led West Indies beat India, who were led by current head coach Ravi Shastri.

The team arrived, late on Sunday night and have been lodged at the famed Leela Kovalam luxury hotel overlooking the Arabian sea.

The players cancelled their practise after heavy rain in the morning and instead went around the beach side hotel.

Shastri, accompanied by his deputy and former India player Sanjay Bangar however took time off in the morning and arrived at the famed Sree Padmanabha Swamy temple in the heart of city to offer prayers.

India Captain Virat Kohli and two of his colleagues arrived at the Chandrasekheran Nair stadium to take part in a programme of the Kerala government, 'Say yes to Cricket, No to Drugs' in which Chief Minister Pinarayi Vijayan also took part.

Kohli read out the pledge to the hundreds of school children who were present.

Meanwhile, angry residents those living in and around the stadium expressed their ire at the stadium as they were not given any preference in tickets as all the tickets were sold online.

Sanju Samson, the local boy who has played for the country and a hugely successful Indian Premier League (IPL) player has played a Ranji Trophy match in the stadium recently.

Samson said teh clay wicket which will be used for Tuesday's match is going to be one which batsmen will find it easy.

" So whichever team bowls well, will do well," said Samson.