South Africa were 159-2 in the 28th over, with De Kock having struck 92 off just 76 balls, including 13 fours, when rain stopped play for the second time in the match at Headingley. 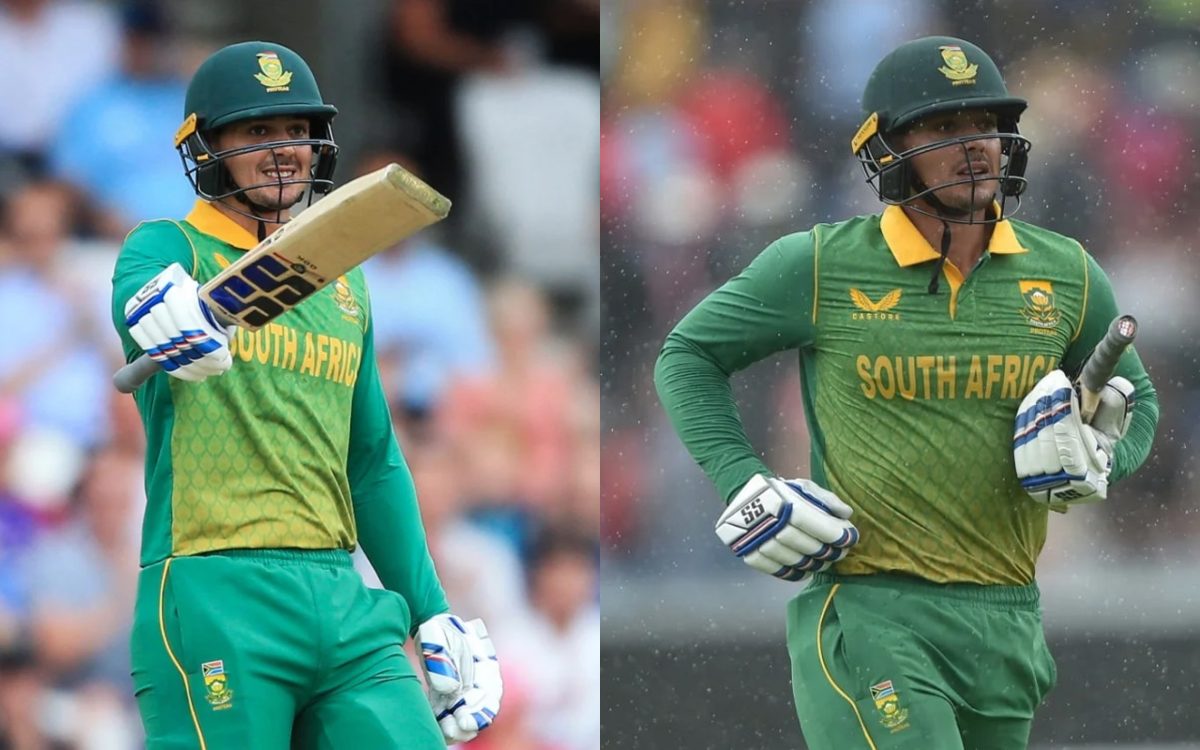 South Africa opener Quinton de Kock's unbeaten 92 turned out to be in vain as rain scuppered hopes of a result in Sunday's third and final one-day international against England, with the series ending all square at 1-1.

The Proteas were 159-2 in the 28th over, with De Kock having struck 92 off just 76 balls, including 13 fours, when rain stopped play for the second time in the match at Headingley.

Both sides needed to bat for a minimum of 20 overs for a result to be declared under the Duckworth-Lewis-Stern method for rain-affected white-ball games.

But the umpires deemed that would not be possible when they called the game off shortly after 4:00 pm local time (1500 GMT) as a series that had started during a nationwide heatwave ended in more familiar English conditions.

The abandonment meant left-hander De Kock was just eight runs shy of what would have been his 18th ODI century.

South Africa won the toss, with both sides unchanged after England's thumping 118-run win in a rain-affected match at Old Trafford which followed the Proteas' 62-run triumph at Chester-le-Street.

England made an early breakthrough when Janneman Malan (11) hit left-arm quick David Willey straight to Jason Roy at point to leave the Proteas 24-1.

But De Kock was in fine touch as he completed his first fifty of the series off just 39 balls, with the 29-year-old reaching the landmark by hitting boundaries off successive deliveries from leg-spinner Adil Rashid.

South Africa accelerated following the loss of Malan and were 89-1 by the time wicketkeeper De Kock reached his half-century.

Rassie van der Dussen, who made a career-best 134 in the series opener, shared a second-wicket stand of 75 with De Kock before he holed out for 26 when sweeping against Rashid.

Rain first stopped play when South Africa were 119-2 in the 21st over.

De Kock deployed the reverse sweep to good effect when play resumed in a match now reduced to 45 overs per side before a fresh downpour ended the match.

England and South Africa are scheduled to begin a three-game Twenty20 series at Bristol on Wednesday.