Bengaluru, Sep 25 (CRICKETNMORE):  Rain is likely to play spoilsport in the fourth One Day International (ODI) cricket match between India and Australia here on Thursday, as the southwest monsoon would remain active this week over the city, said an official on Monday. 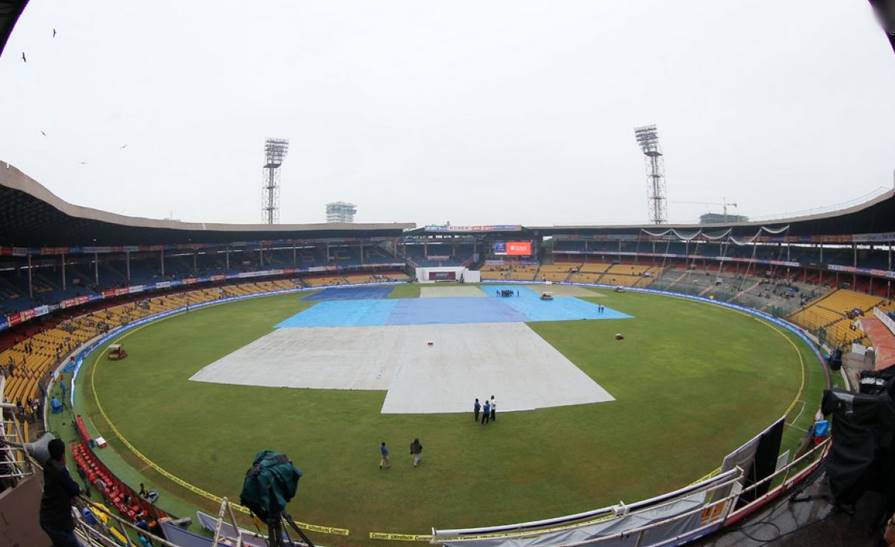 "Though the met (meteorological) office has informed us that moderate to heavy rain is likely on Thursday, no change in the day-night match schedule from 1:30 p.m. to 10:30 p.m," Karnataka State Cricket Association spokesman Vinay Mruthanjaneya told IANS.

In the event of rain delaying the start or holding up the play later, the match will be curtailed and resumed under the Duckworth-Lewis (D/L) method.

"It is too early to predict how the weather would be on Thursday. How long the match will be held depends on the playing conditions, as prospects of rain in the evening or night are estimated to be 80 per cent," reiterated Mruthanjaneya.

Under the D/L method, the team batting second in a match interrupted by rain would be given a run-target to score in specific overs.

Confirming the forecast, a met official said moderate to heavy rain would continue to occur daily this week across the city as the monsoon remained active.

"The forecast is cloudy weather with thundershowers and a few spells of moderate to heavy weather daily till Saturday. The timing of occurrence depends on wind movement and trough conditions," a met official told IANS.

Though India has clinched the 5-match ODI series by winning the third match at Indore on Sunday by 5 wickets, the team would be looking for a fourth win on the trot to maintain supremacy and retain its top spot in the ICC rankings for ODI teams.

"Both the teams arrived here from Indore on Monday afternoon and are resting for the day. They will come to the Chinnaswamy stadium for net practice on Tuesday and the duration will depend on the weather conditions," added Mruthanjaneya.