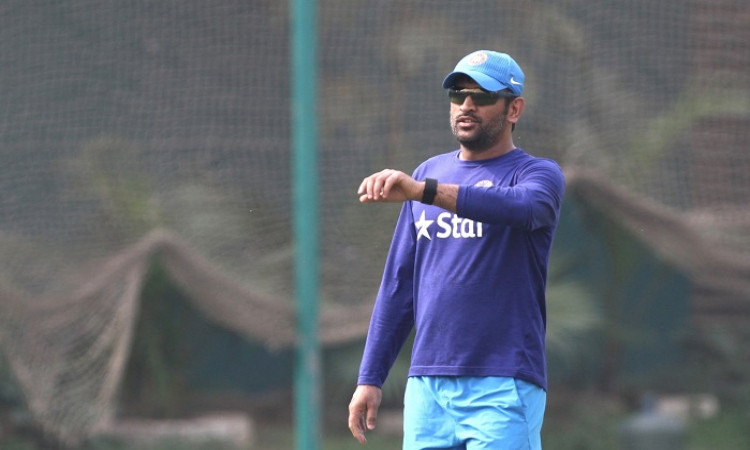 New Delhi, Oct 24: Mahendra Singh Dhoni's plan of training with Jharkhand's U-23 boys seem to have hit a roadblock as coach Satish Singh said that torrential downpour has put a cloud over the camp that was to be held from October 25-28 in Ranchi.

Speaking to IANS, Singh said that Dhoni was set to train with the players, but with rain playing spoilsport, the whole camp could be called off.

Also Read: MS Dhoni gets help from Ziva as they wash 'big vehicle'

"He comes every time we have a camp and since he is in Ranchi, he was expected to come this time as well, but with heavy rains playing spoilsport, there is a cloud over the camp itself. We were to have the camp from tomorrow till the 28th as we leave for our U-23 one-day games after that," he pointed.

Questions around former India skipper Dhoni refuses to die down and while nobody is sure if he will don the gloves again for the national team, newly elected BCCI President Sourav Ganguly has made it clear that Dhoni will be respected and what he thinks will matter.

"I don't know what's in his mind. India is very proud to have M.S. Dhoni. Till I am around everybody will be respected. Dhoni's achievements make India proud," Ganguly said about his former teammate.

In fact, Ganguly also said that he is yet to speak to the former India skipper on the matter and will do so. "I am yet to talk to him. I will have a word soon with one of the greats of the Indian game."

Ganguly also brought out his own example and how he made a comeback to the team when everyone though he was finished.

"I have always said when I was left out and the entire world said 'I will never make it.' I came back and played for 4 years. Champions don't finish very quickly," he explained.

Speaking to reporters after India's historic whitewash of South Africa in the 3-Test rubber, Kohli said Ganguly hasn't spoken to him about anything related to Dhoni's future.

"I congratulated him (Ganguly). It's great that he has become BCCI president. He will get in touch with me when he has to. I will go meet him when he tells me to. He has not spoken to me about that (MS Dhoni's future)," Kohli said.