In the match 6 of the Indian Premier League(IPL), Kings XI Punjab won the game against Royal Challengers Bangalore by 97 runs. Skipper KL Rahul scored his second IPL Century during the game as Punjab posted 206 runs in their 20 overs. 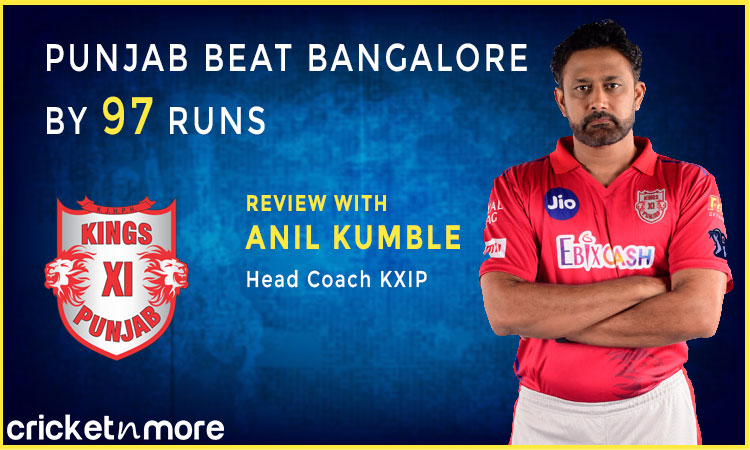 Also Read: Dean Jones Had A Significant Impact On The Game Of Cricket: ICC

"It's wonderful" expressed Anil Kumble in a post-match interview.

The head coach praised KL Rahul for his 132 not out which helped Kings XI to go past the 200 run mark.

"Really great for Rahul, fantastic innings, he set the tone of the game, looked like he was batting on a different pitch, it was not easy to score runs but he made it look so easy."

Further, Kumble appreciated the effort the bowlers for their performance, especially Ravi Bishnoi and Murugan Ashwin who took 3 wickets each.

"Bishnoi has shown over the last couple of matches the kind of control he has, M Ashwin was brilliant as well" felt Kumble.