Rahul Tripathi's 76 off 44 balls (4x9, 6x3) & important innings by Priyam, Pooran puts Sunrisers Hyderabad into a strong position as they totaled 193/6 against Mumbai Indians in IPL 2022. 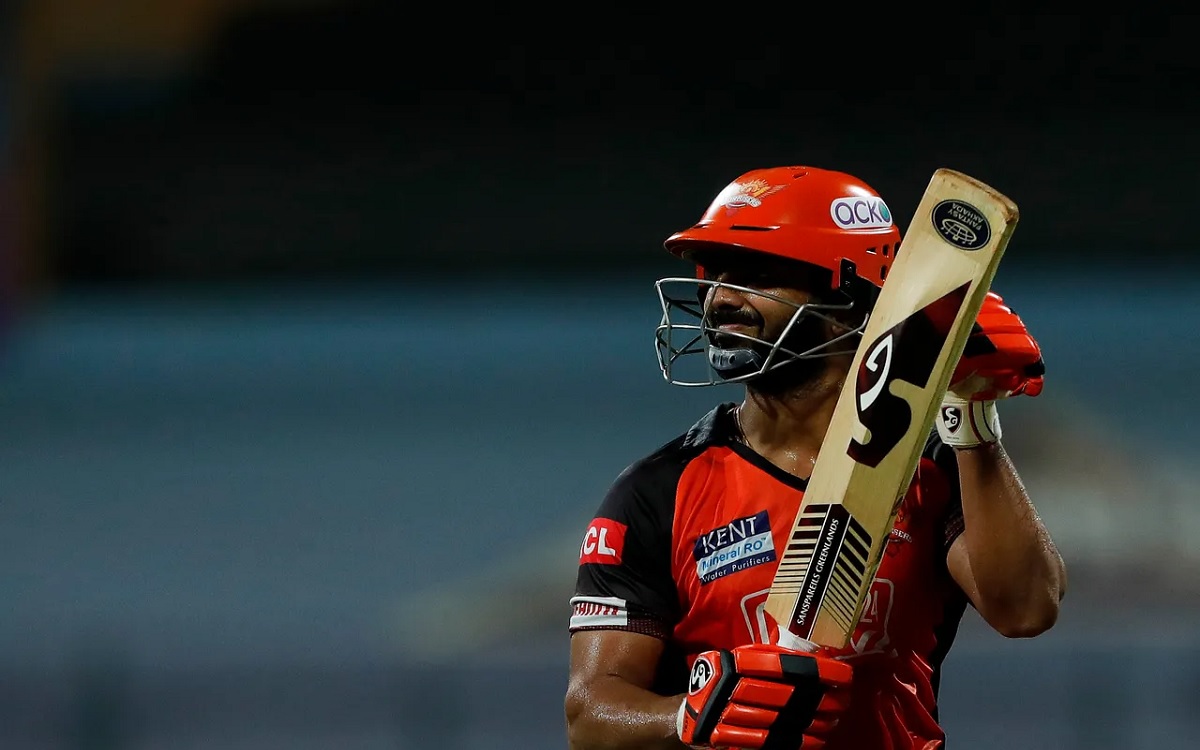 Rahul Tripathi struck a fine half-century and shared two vital partnerships with Priyam Garg and Nicholas Pooran as Sunrisers Hyderabad posted 193/6 in their 20 overs against Mumbai Indians in Match 65 of IPL 2022 at the Wankhede Stadium here on Tuesday.

Sunrisers need to win to remain in contention for a place in the playoffs and Tripathi helped put them in a good position to go for victory, scoring his runs at a good pace and his partners failed the right foil to his aggression as Sunrisers reached a strong position at 172/2 in the 17th over.

Tripathi, the 31-year-old batter who represents Maharashtra at the domestic level, completed his half-century in 32 balls, hitting seven fours and one six.

However, Mumbai Indians reeled them in by claiming three wickets -- starting with Nicholas -- in seven deliveries as they slumped to 176/5 in the 18th over. Rahul Tripathi and Aiden Markram (2) were out in this period as Sunrisers lost steam a bit. Ramandeep Singh gave away only two runs and claimed two wickets in that over as Sunrisers Hyderabad lost momentum.

They eventually finished at least 10-15 runs short as skipper Kane Williamson (8 not out) and Washington Sundar could manage only 13 runs in the last two overs.

Ramandeep Singh was the best of the Mumbai Indians bowlers as he claimed 3/30 in three overs.