'Never Seen This Side Of Rahul Bhai': Dravid Shocks Kohli And Co. With His 'Gunda' Look

A viral video of Rahul Dravid has shocked the cricket fraternity in which the legendary Indian batsman was seen in an angry young man's look, contrary to the popular opinion of his cool temperament. 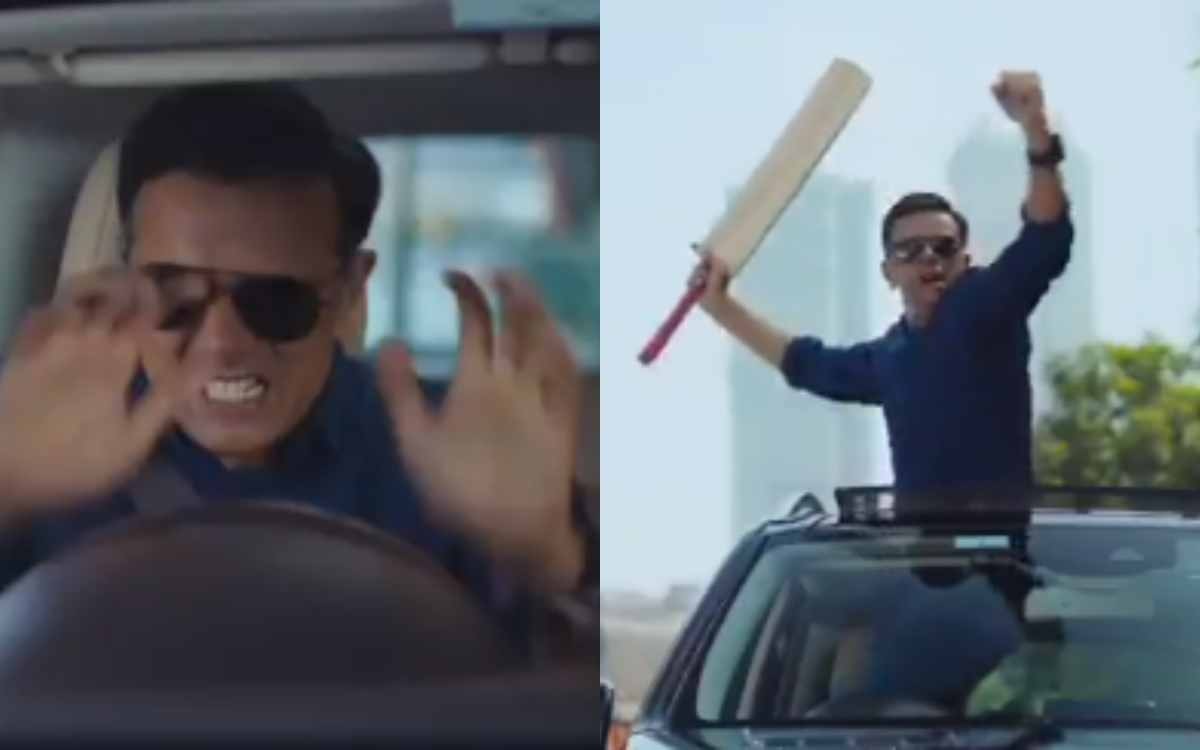 In the advertisement, Rahul Dravid was seen yelling at people while being stuck in a traffic jam and even smashing the side mirrors of a car with a cricket bat.

Dravid even came out of the car to warn people that he is the 'Don of Indiranagar'.

Seeing this rare side of Rahul Dravid, the cricket fraternity including the Indian captain Virat Kohli was left shocked.

Never seen this side of Rahul bhai pic.twitter.com/4W93p0Gk7m

The last time Rahul Dravid shouted like this was, from the Karnataka dressing room, and I was at the receiving end. “Innu ondu Run ide kano”. @imVkohli https://t.co/8QE1roe926