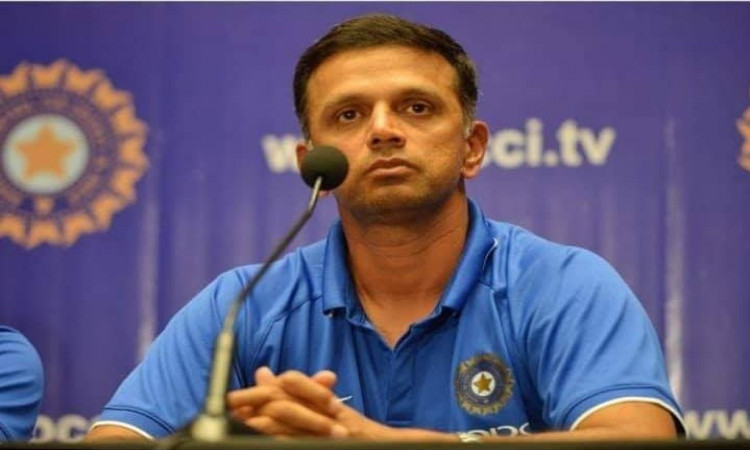 New Delhi, Aug 26: Left red-faced after the Board of Control for Cricket in India (BCCI) Ethics Officer D.K. Jain asked National Cricket Academy (NCA) head Rahul Dravid to depose before him on September 26 over the Conflict of Interest allegations levelled against him, the Committee of Administrators (CoA) have decided to fight the former India skipper's battle in the whole fiasco.

Speaking to IANS, a CoA member said: "We have already given our response (to the Ethics Officer). We will fight the case on Dravid's behalf as he is an employee of BCCI. Let us see how we go about it as we have already made it clear that Dravid doesn't have a conflict as far as the committee is concerned and that is why he was appointed at the NCA in the first place."

Earlier, Jain had sent a notice to Dravid and asked him to respond to the same after getting a complaint from Madhya Pradesh Cricket Association (MPCA) life member Sanjeev Gupta. According to the complaint Jain received, Dravid was conflicted as he had only taken leave of absence from employers India Cements and hadn't resigned from his position. Jain had clearly said that he would decided on whether to proceed further with the matter or not after the former captain's reply.

The move to send Dravid a notice was also criticised by former India skipper Sourav Ganguly who had tweeted how it was becoming a fashion to engulf former cricketers in conflict cases. "New fashion in indian cricket .....conflict of interest ....Best way to remain in news ...god help indian cricket ......Dravid Gets Conflict of Interest Notice from BCCI Ethics Officer (sic)."

Ganguly was the first of the Fab Four to receive a notice for conflict. And his notice was followed by notices to Sachin Tendulkar and V.V.S. Laxman. In Tendulkar and Laxman's case, it was again MPCA life member Gupta who had pulled up the former cricketers for their dual roles as Cricket Advisory Committee (CAC) members as well as mentor/icon with IPL franchises.

All members of the CAC - Tendulkar, Ganguly and Laxman - refused to continue in their position and a new committee led by Kapil Dev was formed ahead of this month's interviews for the position of Team India head coach.