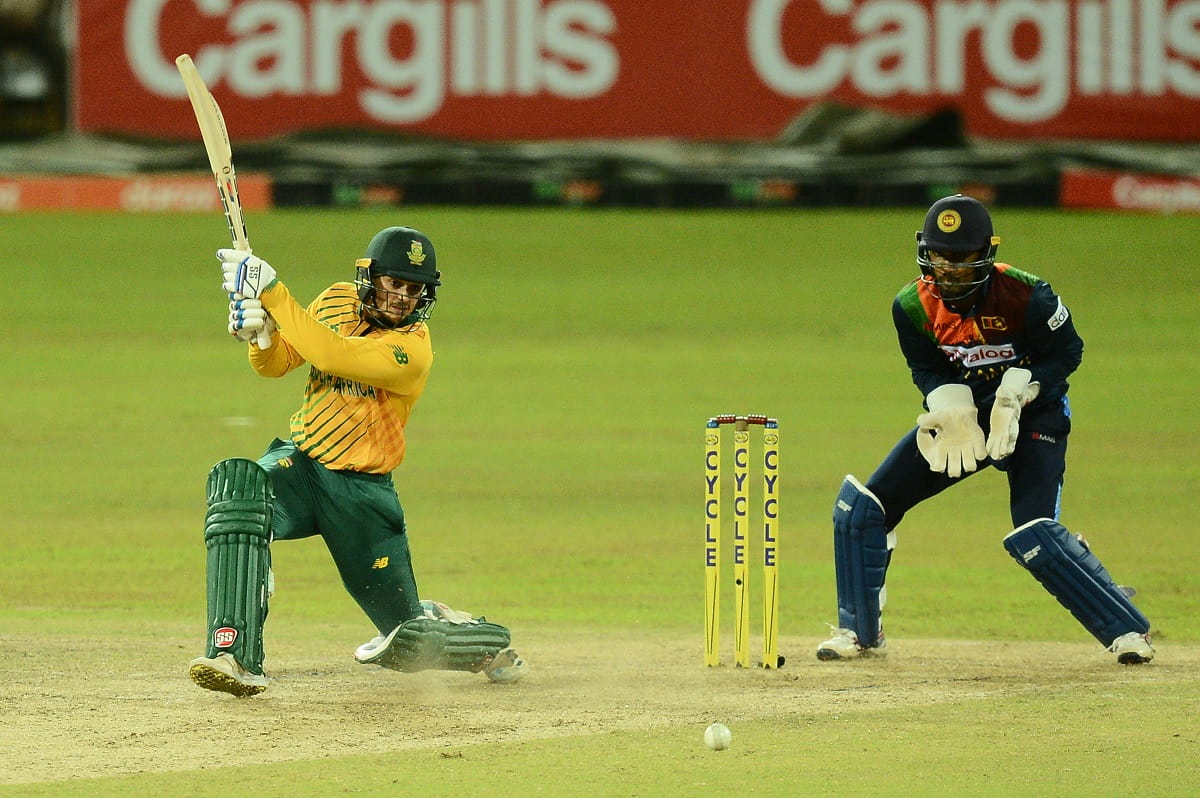 The 28-year-old de Kock shone with the bat in South Africa's 3-0 whitewash over Sri Lanka, finishing as the top scorer in the recently concluded series with 153 runs in three matches at an average of 153 and a strike rate of 121.42.


Makes No Sense For Chris Gayle To Bat At Number 3: Gautam Gambhir

His fellow opener in the team, Reeza Hendricks, moved up the batting charts and broke into the top 20, at 20th place. Hendricks was the second-highest run-scorer in the series with 112 runs in three matches at an average of 56 and strike rate of 123.07.

Aiden Markram was another Proteas player who made huge gains in the latest update to the rankings, climbing 12 spots to become the 11th ranked batter in T20Is. In the bowlers' rankings, the top wicket-taker of the series, Bjorn Fortuin, gained 103 places to break into the top 50, sitting at 43rd place. Pacer Anrich Nortje jumped 29 places to be at 71st place.

For Sri Lanka, Kusal Perera was one of the few bright spots in the series. Back after nursing a shoulder injury, he made an impact upon his return, scoring 69 runs in two matches and jumped 10 places to 39th.

After the completion of the T20I series between Bangladesh and New Zealand, there were some players who moved up in the rankings. New Zealand skipper Tom Latham and batter Finn Allen both attained career-high rankings, finishing 44th and 66th respectively. Bangladesh's Mohammad Naim and Mahmud Ullah too jumped three spots each to No.24 and No.29 respectively.

Bangladesh left-arm pacer Mustafizur Rahman scaled two spots to eighth place after a brilliant four-for in the fourth T20I that reduced New Zealand to just 93. Nasum Ahmed bagged a four-wicket haul of his own in the same game which saw him gain a massive 25 places to become the 15th ranked T20I bowler in the world.

New Zealand left-arm spinner Ajaz Patel made a rapid ascent into the top 60 by climbing 93 spots.

Bangladesh skipper Mahmudullah's fine batting displays in the final two T20Is helped him break into the top 10 of T20I all-rounders rankings, tied with Kenya's Collins Obuya at No.10 with 130 rating points. Shakib Al Hasan, who was rested for the final game, dropped a place to No.2 which took Afghanistan's Mohammad Nabi to the top of the rankings for all-rounders.

In the ODI Rankings, USA's Jaskaran Malhotra, who grabbed the headlines after smashing six 6s in an over against Papua New Guinea, rocketed 169 spots up to No. 132 in the batting charts. Amongst the bowlers, Ireland's Andrew Balbirnie and Simi Singh reached career-best rankings after the ODI series against Zimbabwe, rising to 27th and 38th respectively.