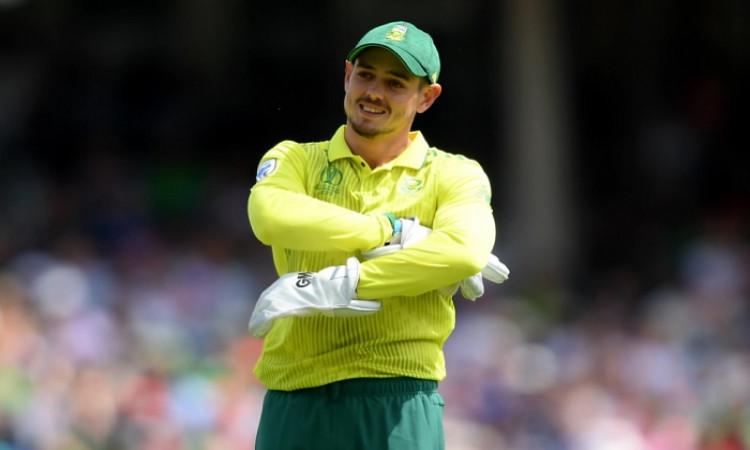 Centurion, July 18:  Cricket South Africa has announced that Quinton de Kock will miss the inaugural 3TC Solidarity Cup match to be played on Saturday due to unforeseen personal circumstances. Ryan Rickleton has been called up to replace de Kock as a batsman and Temba Bavuma will now lead Kites at the SuperSport Park.

CSA Director of Cricket Graeme Smith has already announced that he will take the knee along with all the players and staff at the match in support of the 'Black Lives Matter' movement.

The 3TC match will be contested between three teams of eight players each. The match would be played over 36 overs in two halves of 18 overs with a break at halftime. In the second half, teams will bat in order of the highest scores in the first half. If scores are tied, the first half order is reversed.

The match will mark the resumption of cricket in the country after it was halted due to coronavirus pandemic.