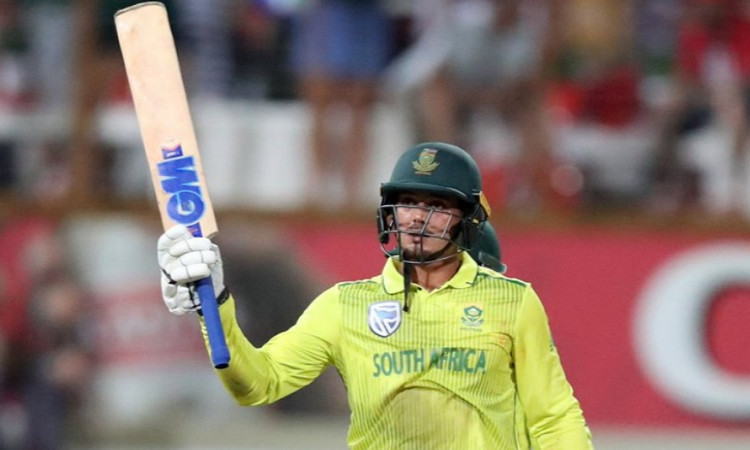 On Friday night, de Kock played a brilliant knock of 22-ball 65 (2 fours and 8 sixes) against England in the second T20I against England at Kingsmead. The south paw reached the 50-run mark in 17 balls. However, his efforts went in vain as the Proteas lost the match by two runs, while chasing 205 against the Three Lions.

AB de Villiers and de Kock earlier held the record for South Africa as they both had scored 50 in 21 balls in different games in 2016.

Overall, the 27-year-old finds himself joint 6th in the list which is led by former India all-rounder Yuvraj Singh, who had scored a 12-ball 50 against England in the 2007 World T20. Miza Hasan of Australia comes second in the list after he scored a 13-ball 50 against Luxembourg in 2019. Colin Munro (14) comes third and is followed by Faisal Khan (15), Shai Hope (16).

Ireland's Paul Stirling, Netherlands' Stephan Myburgh and West Indies' Chris Gayle are all tied at the sixth spot with De Kock, having scored their respective half-centuries in 17 balls.

de Kock, who is currently leading South Africa in the limited-overs format, has so far scored 1,114 runs in 40 T20Is with five half centuries.