Quickly you rectify, the better it is, says Rohit Sharma

Kanpur, Oct 29 (Cricketnmore) India opener Rohit Sharma, who played a brilliant knock of 147 in the third and final One Day International against New Zealand on Sunday, said the quickly you rectify your mistake, the better it is. 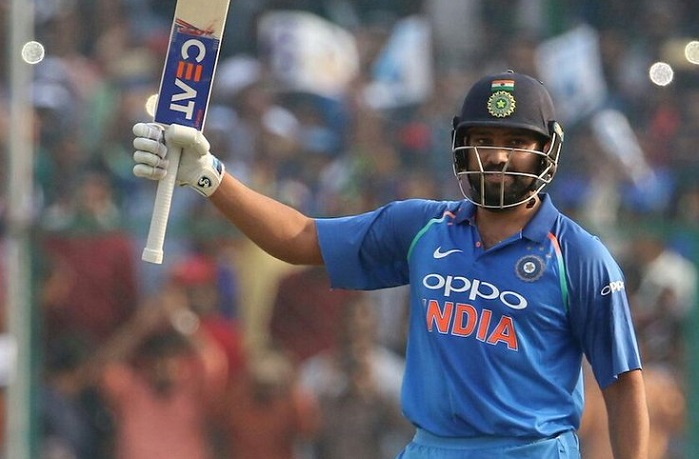 Rohit, who was adjudged Man of the Match, was not in a good touch in the previous matches but in the third match, played to his potential and slammed a beautifully crafted ton which helped India beat the visitors by six runs.

"I was watching the pre-match analysis where they said my head was falling off, so I worked slightly on it. That helped. My head was falling a bit, and wasn't coming into the line of the ball. The quickly you rectify, the better it is," Rohit said.

"Feels good when the team wins, and you contribute. Happy how we played through this series. NZ were very competitive, and it wasn't easy to come and win. We had to be at our best to win.

"I enjoyed playing today in Kanpur, have good memories personally, but not for the team. Good to change that," he added.

Chasing a daunting target of 338 runs, the Kiwis could only manage 331/7 in their allotted 50 overs.