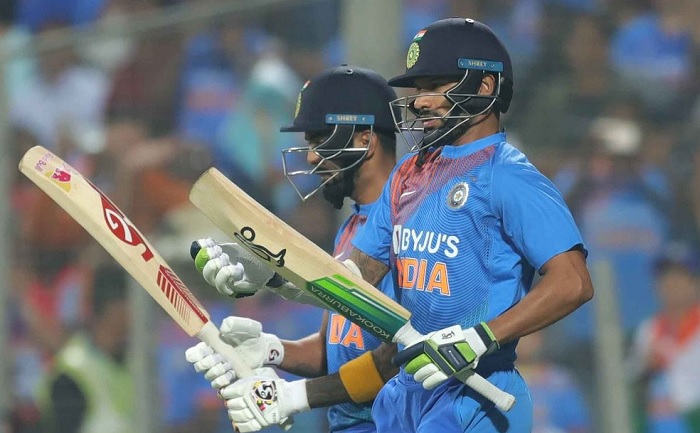 In what was a see-saw innings, Sri Lanka dominated the middle overs with Lakshan Sandakan picking up three wickets and Wanindu Hasaranga getting one between the 10th and 13th overs. But Manish and Shardul smashed 34 runs in the last two overs to ensure that India cross the 200-run mark.


ICC shouldn't push 4-day Tests if it is a hard sell: Andrew Strauss

Sri Lanka captain Lasith Malinga put India in to bat first after winning the toss. Angelo Mathews, playing his first T20I since August 2018, was denied a wicket when Dasun Shanaka dropped Shikhar Dhawan in the second over of the match.

Rahul and Dhawan ensured that India did not lose a wicket in the first 10 overs and India were 92/0 at the end of it.

Malinga introduced spinners Hasaranga and Sandakan after the powerplay and they started reaping rewards after the 10th over. Dhawan fell to Sandakan after making his fifty in the 11th when he swept straight to deep midwicket. Sanju Samson, who was included in the team in place of Rishabh Pant, replaced Dhawan and started off with a first-ball six. However, he was dismissed by Hasaranga off the very next ball he faced.

Sandakan then dismissed KL Rahul, who had also got his fifty, and Shreyas Iyer in the next over which led to Indian captain Virat Kohli finally walking in at number 6. Kohli and Manish took India past the 150-run mark but the former was run out after going for a suicidal second run in the 18th over. Lahiru Kumara then dismissed Washington Sundar off the very next ball and India were 167/6 at the end of the 18th over.

Shardul however smashed 22 runs off the eight balls he faced while Manish ended the innings unbeaten on 31 off 18 as the pair took India past the 200-run mark.