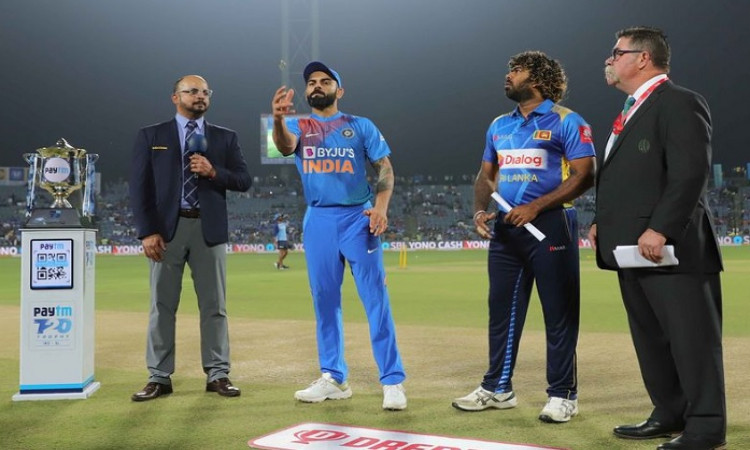 India, who won the second T20I by seven wickets after the first rubber was called off, made three changes to the team with Yuzvendra Chahal, Manish Pandey and wicketkeeper Sanju Samson getting a go in place of Kuldeep Yadav, Shivam Dube and Rishabh Pant respectively.

"We wanted to bat first as we wanted to do something different today. Trend is going towards team batting second. You can't go into the match thinking you can only do well when you chase. We want to embrace difficult things also. We have made three changes today. Sanju Samson comes in place of Rishabh Pant. Chahal replaces Kuldeep who gets a rest today and Manish Pandey gets a game in place of Shivam Dube," India captain Virat Kohli said at the toss.

Samson is getting a go after a long time with his last T20 game being against Zimbabwe in 2015.

Sri Lanka made two changes with Angelo Mathews and Lakshan Sandakan coming in.