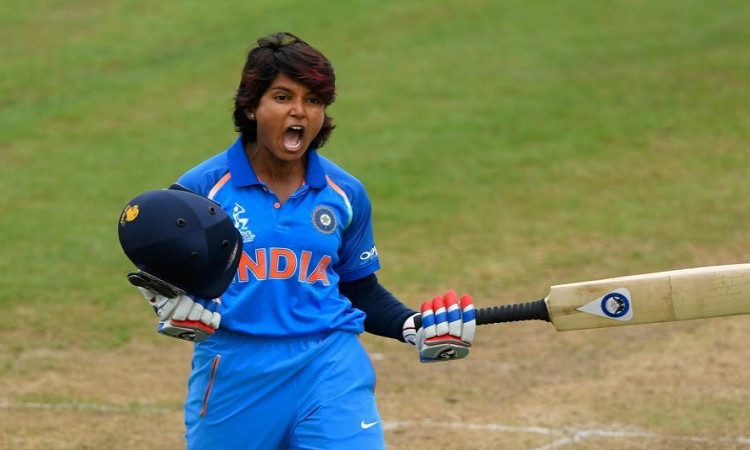 Antigua, Nov 4: A brilliant half century by Punam Raut, followed by a disciplined performance from the bowlers, helped India women register a commanding 53-run victory in the second ODI of the five-match series against the West Indies.

The Indian eves, who had lost the nail-biting first ODI by just one run, defended the 192-run target with quite an ease at the Sir Vivian Richards Stadium on Sunday.

Electing to bat, India didn't have a great start as they lost both their openers -- Priya Punia and Jemimah Rodrigues -- with just 17 runs on the board.

However, Punam then joined forces with skipper Mithali Raj to take the team out of troubled waters. Both shared a 66-run stand before Mithali (40) was caught by Afy Fletcher off the bowling of Sheneta Grimmond.

That did not deter Punam though as she kept on piling runs alongside Harmanpreet Kaur (46) and stitched a 93-run partnership before the latter fell in the 47th over.

In search of quick runs, Punam also lost her wicket, but not before contributing with valuable 77 runs.

In the end, the visitors managed 191/6 in their stipulated quota of 50 overs. Aaliyah Alleyne and Fletcher both picked up two wickets each while Shabika Gajnabi and Grimmond scalped one a piece.

Windies, too, began their chase poorly and lost opener Stacy-Ann King in the fourth over. Wicketkeeper Shemaine Campbelle, who came in next, then shared a 68-run stand with Natasha McLean before the latter retired hurt at her individual score of 15.

Skipper Stafanie Taylor, who was the hero in the first ODI, did try to take the Windies home she could contribute with only 20 runs and was caught in front of the wickets by Poonam Yadav.

Thereafter, none of the West Indies batters could stay long at the crease and wickets kept falling at regular intervals. Campbelle held one end but when she fell at team's score of 100 in the 34th over, the game was all but gone for the hosts. The Windies women ultimately got bowled out for 138 runs in the 48th over.

Rajeshwari Gayakwad, Deepti Sharma and Poonam all picked two-two wickets each and were quite economical as well. Veteran Jhulan Goswami and Shikha Pandey also picked one wicket each and kept a lid on the scoring rate.

With the series level at 1-1, the two teams will now lock horns in the third ODI on Wednesday.