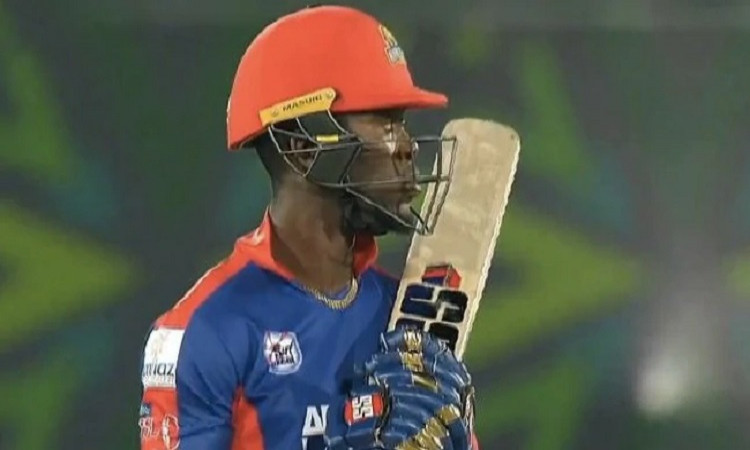 Earlier, upon his arrival for PSL playoffs, Rutherford was also seen wearing Mumbai Indians' jersey at the Karachi airport. Welcoming their player, the official Twitter handle of the Karachi-based franchise had shared his image wearing the MI jersey.

Rutherford did not feature in a single IPL game for Mumbai Indians this season but he was a part of the winners' squad. Following the conclusion of IPL 2020 on November 10, he flew from the United Arab Emirates to Karachi to play for the Kings in the PSL playoffs.

During Qualifier 1 between Karachi Kings and Multan Sultans on Saturday, he was spotted wearing MI gloves while coming to bat in the Super Over. Although he made just one run off three balls, the all-rounder made headlines on social media for using his IPL gloves at the National Stadium in Karachi.

As soon as the video of the incident went viral on social media, fans started trolling the PSL franchise.

"Rutherford playing for Karachi Kings. Used the Gloves he got from Mumbai Indians," one of the users tweeted.

"Did You Know? Rutherford was playing with Mumbai Indians Gloves," tweeted another user.

"Rutherford using Mumbai Indians gloves in a match of PSL 2020. So they can't run a league with own equipments but claims to be bigger than IPL. Karachi Kings might be using Chinese made gloves, which he doesn't trust," said another.