PSL: Karachi Kings Owner Gifts 'An Apartment Each' For Players

The players of Karachi Kings, who won the fifth edition of the recently-concluded Pakistan Super League (PSL), have each been awarded a flat by the franchise owner, as per a Pakistani journalist. 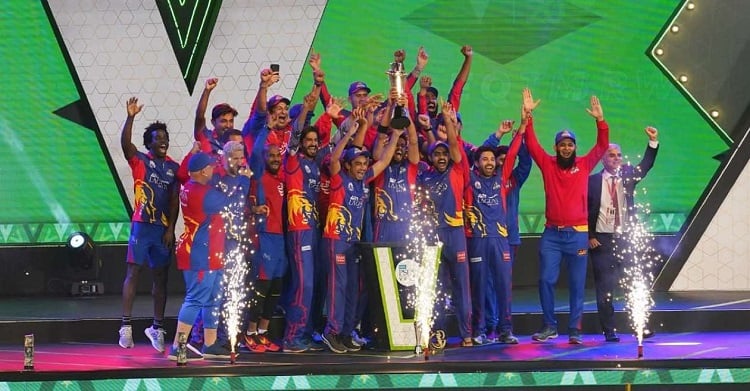 On Tuesday evening, Karachi Kings defeated Lahore Qalandars by five wickets in the summit clash at the National Stadium to win their maiden PSL title. Kings chased down the target of 135 riding on Babar Azam's unbeaten 49-ball 63.


Hazlewood Speaks On The Impact Of Quarantine and Bubble Life

Following this, Kings' owner Salman Iqbal presented an apartment in his real estate development project to each of the cricketers of the team. The same was revealed by a Pakistan journalist Omar R Quraishi.

"Karachi Kings owner Salman Iqbal awards an apartment to each player in the PSL-winning Karachi Kings team - in his real estate development project with DHA called ARY Laguna," Quraishi said in a tweet on Wednesday.

It should be remembered that Indian cricket team players, under Sourav Ganguly's captaincy, were each given a flat after the 2003 World Cup where they emerged as runners-up.

After the summit clash, Karachi Kings captain Imad Wasim had hailed the contribution of the late Dean Jones to the franchise's title win.

Jones, who died suddenly in Mumbai, where he had been working as a broadcaster for the IPL, following a cardiac arrest in September, was appointed as Kings' coach ahead of the fifth PSL edition in March, which was abandoned immediately before the playoff stage due to the Covid-19 pandemic.

"Dean Jones, of course, gets credit because what he taught us, very few coaches in the world can," Imad had said at the post-match presentation ceremony. "Wasim Akram, of course, deserves the trophy because he was our bowling coach, head coach, mentor, and team president rolled in one. It's an honor to captain this franchise," he added.