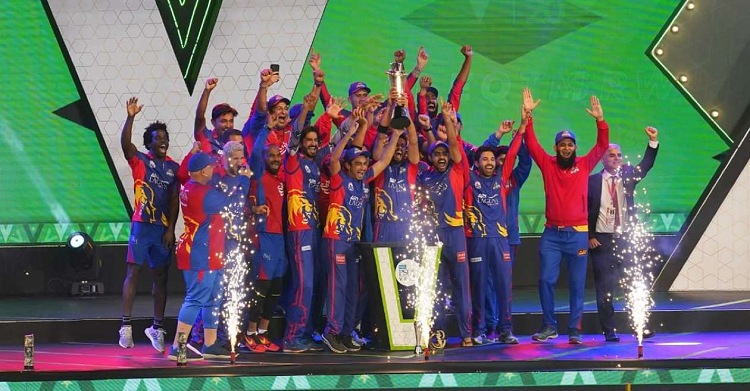 This is the first PSL title for Karachi while Lahore hasn't won it as yet in the five-year history of the tournament.

Chasing Lahore's 134 for seven wickets in 20 overs, Azam hammered seven boundaries on his way to 63 that helped his team clinch the match with eight balls to spare at the National Stadium here. Karachi finished at 135 for five wickets in 18.4 overs.

The top scorer for Lahore was Bangladeshi opener Tamim Iqbal, who scored 35 off 38 balls while Fakhar Zaman chipped in with a 24-ball 27.

Chasing, Karachi lost opener Sharjeel Khan (13) early, but Azam kept one end going and ensured that his team crossed the line. The second top scorer was West Indies' wicket-keeper Chadwick Walton, who made 22 off 27 balls.

The PSL had started on February 20 and 30 and matches were played until March 15, when the tournament was stopped due to the Covid-19 pandemic. The playoffs began on Saturday.