Left-arm pacer Mohammed Amir defended 13 runs in the Super Over to help Karachi Kings beat Multan Sultans in the Qualifier play-off game of the Pakistan Super League (PSL) here on Saturday, and the final directly. Both teams had finished on 141. 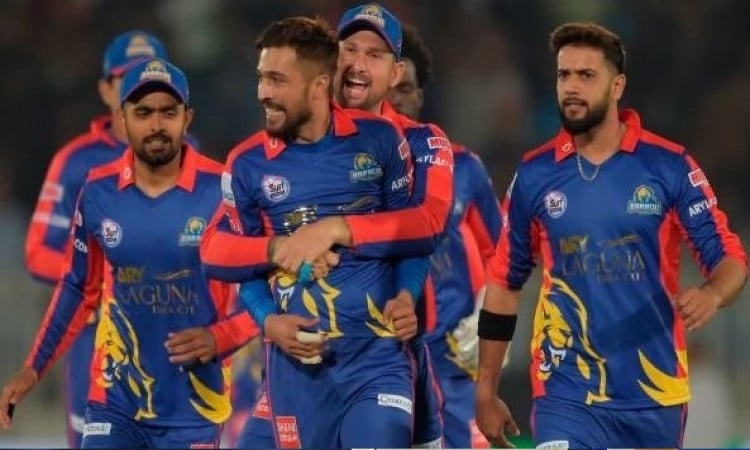 Batting first, Multan Sultans made 141 for seven in 20 overs, with Ravi Bopara of England top-scoring with 40 off 31 deliveries. In reply, Babar Azam's 65 off 53 deliveries helped Karachi Kings reach 141 for eight in their 20 overs. Pacer Sohail Tanvir picked three for 25 for Multan Sultans.

Also Read: It Is Time For Virat Kohli To Step Down From T20s Captaincy And Let Rohit Take Over, Says Nasser Hussain

Faced with a target of 142, the Karachi franchise looked to be cruising at 117 for three wickets at the start of the 17th over. They, however, lost a flurry of wickets to finish tied on runs with the Multan team.

Tanvir conceded 13 runs bowling the first Super Over tiebreaker. However, Amir conceded just eight runs in his over when Karachi Kings bowled.

"It was a smooth game [at one point] but that's the beauty of T20 cricket. Things can change at any time. I thought the game was done but I guess until you actually finish the game, it's never over. It was a bit two-paced, the surface, but it perhaps got a bit better under lights. Focus is important and I'm doing that, keeping my mindset strong," said Karachi Kings batsman and Pakistan skipper Babar Azam after the match.

Multan Sultans will now play Eliminator 2 with the winner of Eliminator 1 that will be played between Lahore Qalandars and Peshawar Zalmi later on Saturday night.