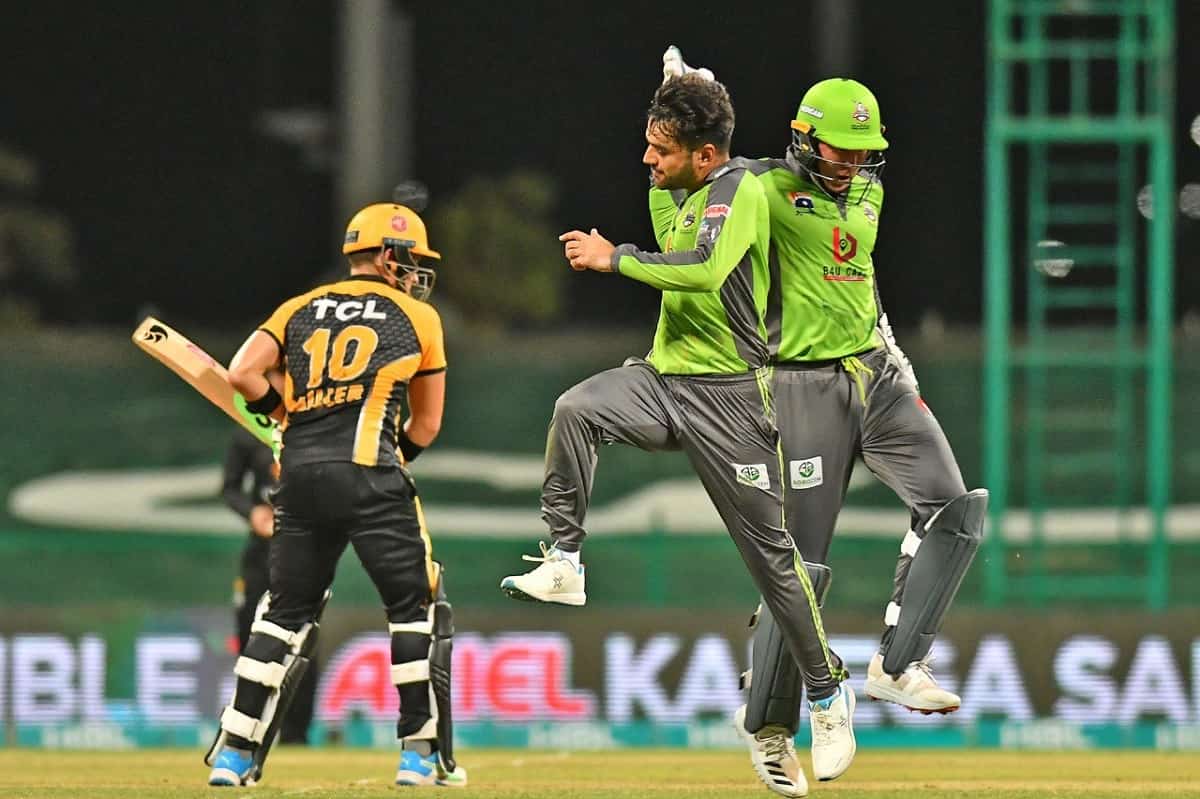 Zalmi started the run-chase poorly as it lost two wickets in the first two overs itself. Shoaib Malik and David Miller revived the innings with a 51-run partnership for the third wicket.

However, it was then Rashid Khan came into the attack and wrecked Peshawar's middle-order. Khan removed Miller and Rovman Powell in his first over; Sherfane Rutherford and Fabian Allen in his next over.

After Malik and Wahab Riaz started to counter-attack, Rashid was brought in for his final over. He didn't disappoint as he made a much-needed breakthrough to removed Riaz.

Malik continued to smash the bowlers but the lack of support didn't help the cause. Shoaib's 73-run-knock ended as he got out hit wicket, ending the hopes of Zalmi's to cross the finishing line.

Earlier, Lahore Qalandars scored 170/8 in the first innings, courtesy of Tim David's 64* and Ben Dunk's 48. The two revived Qalandars' innings after they lost four wickets inside eight overs. James Faulkner hit 22 off seven to give the final touch to Lahore's innings.